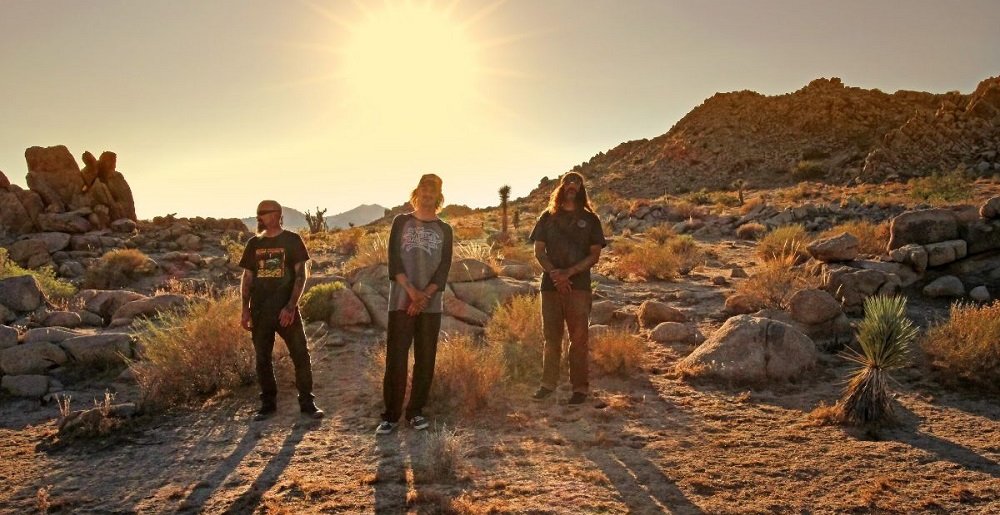 Desert rock, stoner rock, psychedelic rock… call it what you want, but it’s an undeniable sound that can be traced back to the sandy roads and cactus marked landscapes of the American southwest. For Stöner, a desert rock supergroup featuring ex-Kyuss members Brant Bjork and Nick Oliveri, that sound is baked into their DNA.

Today, the band released the second single to their upcoming album Boogie To Baja, which is coming out on February 24 via Heavy Psych Records. While it’s undeniably the sort of fuzz-filled sound you’d expect from a band like Stöner, it’s also got a significantly large punk base to it. According to Bjork, that sort of fusion was by design.

“Me and Nick use to trade Hardcore Punk records back when we were … young punks! We still love the old school hardcore. The kind that made you wanna slam dance… you know… before this thing called moshing. Ha! “IT AIN’T FREE” is our roots and it’s 100% Stöner!”

After spending the last weekend listening to this new track, I can agree with their assessment of the song, though it made me kinda wish I’d stopped at my local dispensary before partaking in its sway and groove.

Along with drummer Ryan Gut, Stöner released their debut album Stoners Rule last summer, with their followup totally… releasing a few months later in spring 2022. According to the band, Boogie To Baja features “five tracks in the purest Stöner tradition, a perfect mix of desert swing, stoner rock and low desert punk all at once.”

Boogie To Baja will release on February 24 via Heavy Psych Records, though preorders are currently available for its four different limited edition vinyl colors, black vinyl, CD and digital versions.

Inhale deep and let the new stoner jams sink in.

Metal Sucks Greatest Hits
0 -
Slipknot’s Corey Taylor Shares Photo of “Post-Gig Make-Up Debacle” Beneath His Mask
0 -
Meshuggah’s Jens Kidman is Now a Meme
0 -
If You Like Bass Dogs, You’ll LOVE Drum Fish
820 -
Rigged: Dream Theater’s Mike Mangini Takes You Through Every Piece of His Mega-Drumkit [Part 1]
0 -
Watch This Kid Perform Europe’s “The Final Countdown” Entirely with Hand-Farts
0 -
Report: “The Number of Heavy Metal Bands in a Given Country is Associated with its Wealth and Affluence”