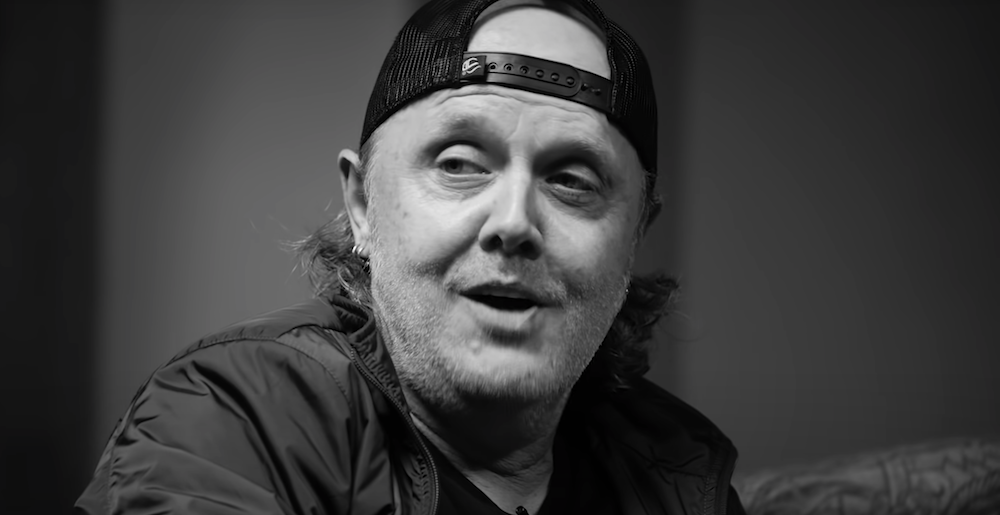 Ulrich in an interview with Apple Music, 2021

In a recent interview with Howard Stern, Lars Ulrich discussed his participation in the two Taylor Hawkins tribute shows that took place earlier this year in London and Los Angeles. The gigs featured a star-studded cast of rock and metal musicians who jammed on various songs together. When talking about being asked to participate in the tributes by Dave Grohl, Ulrich says (via Blabbermouth) it was a no brainer for him.

“Dave Grohl called me three or four months ago and asked me if I would partake in the Taylor Hawkins tribute shows at Wembley and at the L.A. Forum, and, obviously, before he was done explaining it, I just said, ‘Yes, Dave. I’ll be there. Just tell me what you want and I’ll show up with bells and whistles on.’

In London, Ulrich and AC/DC singer Brian Johnson linked up members of the Foo Fighters to perform a couple AC/DC songs; in LA, Ulrich, Sebastian Bach, Geezer Butler and the Foos took on some Black Sabbath songs. He spoke highly of doing the performances; even for the drummer of Metallica, it must be cool to jam with Geezer Butler.

“Playing with Grohl and the other three Foo Fighters guys…at Wembley we did, with Brian Johnson, the AC/DC singer, we did an AC/DC set, and it was so much fucking fun to play. And then in L.A., a couple of weeks later, we did aBlack Sabbath medley with Geezer Butler, O.G. bass player and absolutely one of the geniuses of the early days of hard rock and metal, we did a couple of Black Sabbath songs. So it was great fun to go do that.”

Later in the interview, Ulrich mentions that Geddy Lee and Alex Lifeson performed Rush covers at the tribute shows.

Stern pushes Ulrich to answer whether or not he thinks he could play Rush songs live, to which Ulrich gives a resounding maybe.

“Could I do it? Obviously, playing with Alex and Geddy would be incredible. Some of the guys, Chad Smith played and Dave played a couple of songs. It would be an uphill thing. It would take a lot of rehearsal, a lot of prep. 2112 would probably be too much of a bite of the apple for me. But in terms of just feeling comfortable, and kind of doing the thing that exists sort of where I am, that AC/DC stuff is right in my fucking pocket. And I love that so much.”

They also discuss the kind of music Ulrich feels more comfortable playing when Stern brings up the possibility of Ulrich playing with the surviving members of Led Zeppelin.

“I could do some of that, yeah. I could do the Deep Purple stuff, definitely do the Sabbath stuff. Obviously, I’ve studied all three of those for close to 50 years now, so that’s definitely in the wheelhouse. The first band I ever saw was Deep Purple. When I was nine years old, I went and bought a Deep Purple album the next morning. And Black Sabbath came soon after. Zeppelin was there also, but primarily Deep Purple and Sabbath. So when I say I’ve studied it, it’s just been there for 45, 50 years for me.”

At least he’s realistic about his abilities.

Metal Sucks Greatest Hits
0 -
Joey Jordison Claims He Was Fired from Slipknot Via a Singing Telegram
0 -
15 Ways Your Unsigned Band is Doing It Wrong
0 -
Worst Year Ever: All of Our 2012 Year-End Sh*t in One Place
0 -
The Best Metal Albums of 2013, As Chosen by Metal Musicians Themselves — Part I: Machine Head’s Robb Flynn
0 -
So As it Turns Out, Banging Your Head a Bunch Can Be Bad for Your Brain
0 -
This Dude Sounds EXACTLY Like Layne Staley