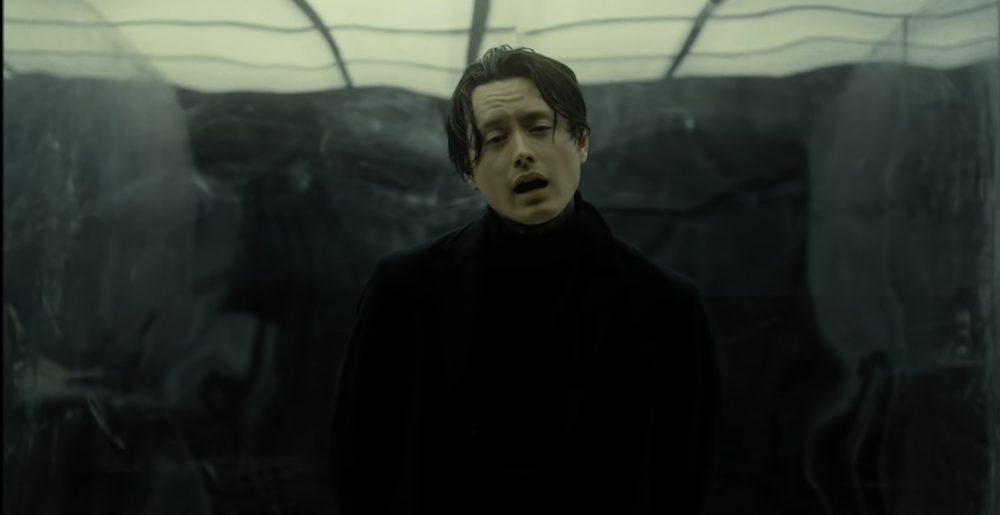 Bad Omens in the "Nowhere to Go" music video

Bad Omens Rip Venues for Taking Merch Cuts: “We Just Don’t Want to Give You 20% of the Merchandise We Design, Pay for, Manage, Set Up, Carry, and Sell Ourselves”

Richmond metalcore act Bad Omens weighed in on the existence of merch cuts in response to a tweet from a fan, who posted a photo of a drink named after the band’s song “Nowhere to Go.”

“That’s dope, artists still don’t get a cut from bar sales tho even if the venue gives cocktails cute little names after your songs, but still take 15-20% of touring artists’ gross merch sales every night. Nowhere To Go punch does sound delicious though, tip your bartenders.”

A follow-up tweet made it known that Bad Omens don’t actually want a cut of bar sales—they just want venues to keep their hands out of business they have no part in, like the production and sale of merchandise.

“Just to be clear – we don’t want a cut of your bar sales. We just don’t want to give you 20% of the merchandise we design, pay for, manage, set up, carry, and sell ourselves because you gave us 24sq ft of floor space in your venue we sold out.”

This isn’t the first time that the topic of merch cuts—a longstanding practice where the venue claims a percentage of a band’s merchandise sales from the night—has come up this year. The Featured Artists Coalition began a directory of venues that allow artists to keep 100% of their merch sales. In August, the singer of Alpha Wolf went off on a venue for taking a merch cut and still not being properly air conditioned.

“Before we go, I want to mention every band on this tour is still merch over there. We’re all trying to get the same shit done. It doesn’t matter whose merch you buy. Any bit of money you spend helps. Especially when these dirty fucking venues are taking twenty-percent of it from the bands playing tonight. It’s like we’re not making any fucking money anyway. You’d think venues doing that could afford some good fucking air conditioning, but apparently not.”

It’s harder than ever to make a living in the music industry these days, so it’s hard to believe we’re still having this conversation about merch cuts.