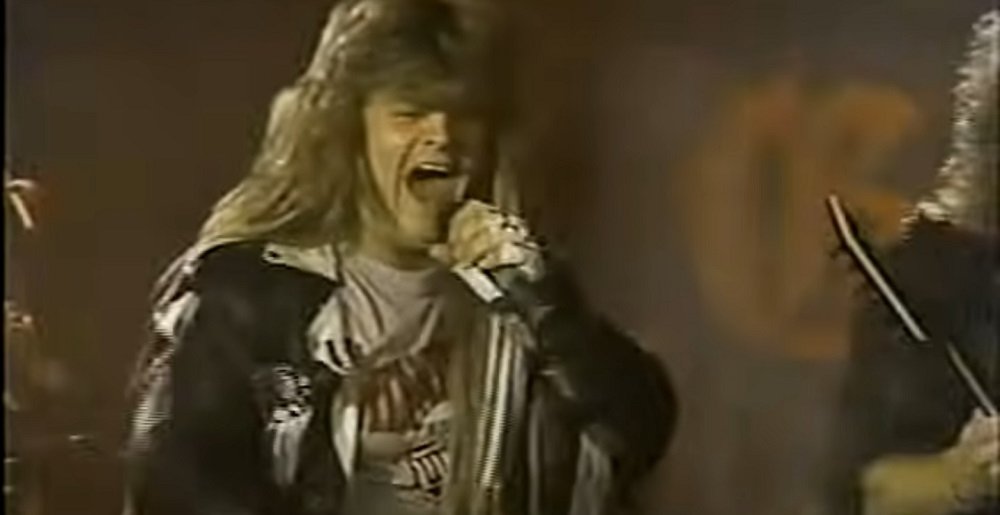 Classic Concert of the Day: Grim Reaper at First Avenue in Minneapolis on October 20, 1987

It’s a sad fact, but all of our favorite rock stars will one day shuffle off this mortal coil into the great metal festival in the sky. Earlier today, while thinking of the rockers we lost this year, one of the names that came to mind was Grim Reaper’s Steve Grimmett. He was 62 years old.

In 2017, Grimmett had his right leg amputated after an infection spread to the bone. He remained upbeat throughout the process and got fitted with the single most-metal prosthetic limb of all time. And while he went on to sing for multiple bands after Grim Reaper disbanded, he eventually came back to the band under the new name Steve Grimmett’s Grim Reaper.

So to commemorate his life and talent, we’re sharing a 1987 Grim Reaper concert that apparently was shot for Headbanger’s Ball. The band was on the Hell on Wheels Tour, with Helloween as the headliners and Armored Saint also providing support.

Just watching Grimmett in his prime, killing it on the mic and hitting those high notes shows just how underrated he was during the New Wave of British Heavy Metal. Dude had a set of pipes.

His death was confirmed via his family.

Metal Sucks Greatest Hits
0 -
Video: Dudes Rockin’ Out to Van Halen Meet David Lee Roth, Have No Idea Who He Is
0 -
Photos of Metal Musicians When They Were Kids
0 -
Exclusive Interview: Damien Echols of The West Memphis Three on His Life After Death
0 -
Why I’ve Stopped Buying Vinyl
1860 -
The Top 25 Modern Metal Guitarists: The Entire List in One Place
0 -
Iudicia is Your New Favorite Band