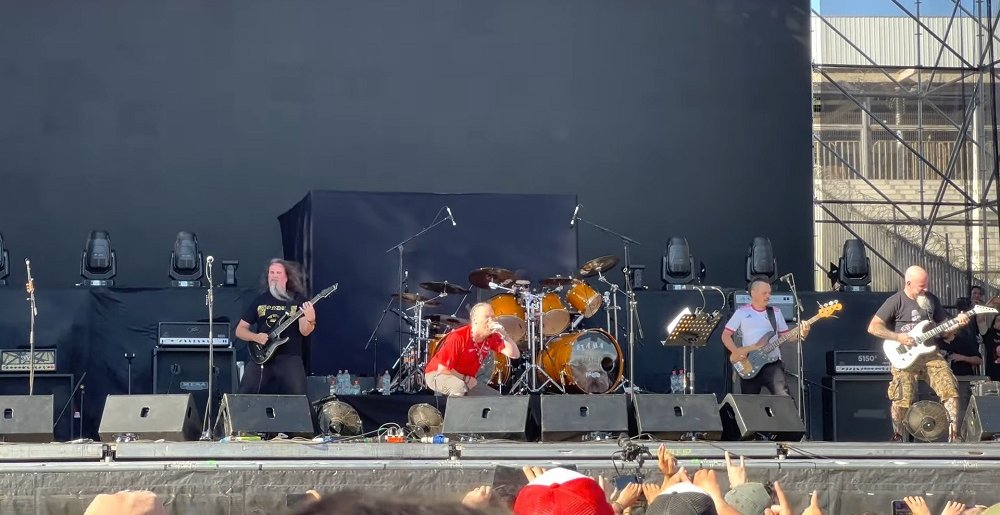 It’s been a minute since one of the greatest vocalists of all time was able to tear shit up, but the mighty Mike Patton returned once again with the indomitable Mr. Bungle last week during Knotfest Chile on December 8. It was the first time since early 2020 that he was able to perform, after struggling with mental health issues stemming from the pandemic.

Concert-goers got to witness some prime Mike Patton shenanigans, ranging from a calm cover of Mr. Rogers’ “Won’t You Be My Neighbor” and even a little one-on-one bout with a drone, which you can see below. After tearing through their set, Mr. Bungle were joined by Sepultura‘s Derrick Green and Andreas Kisser for a cover of “Territory.”

It’s great to see Mike Patton back in action after publicly disclosing his ordeal. After canceling tour dates for both Mr. Bungle and Faith No More, Patton eventually revealed his situation in 2021, letting the world know that he’d struggled with agoraphobia, among other issues. He’d also began abusing alcohol, which didn’t do him any favors at the time as well. After seeking help from a professional and taking time off from the rigors of touring, he’s now back and ready to make up for lost time, it seems.

Mr. Bungle’s next performance will be tomorrow in La Serena, Chile. They also have shows coming up on December 15 in Buenos Aires, Argentina, and December 18 in Sao Paolo, Brazil as part of Knotfest Brasil. The band will then take a break until the Sick New World festival in Las Vegas next May.

Here’s to Mike Patton and his continued health and longevity. The world is better with him around to kick its ass.

You can check out some fan-filmed footage of Mr. Bungle’s return to the stage, courtesy of YouTube user Benja.