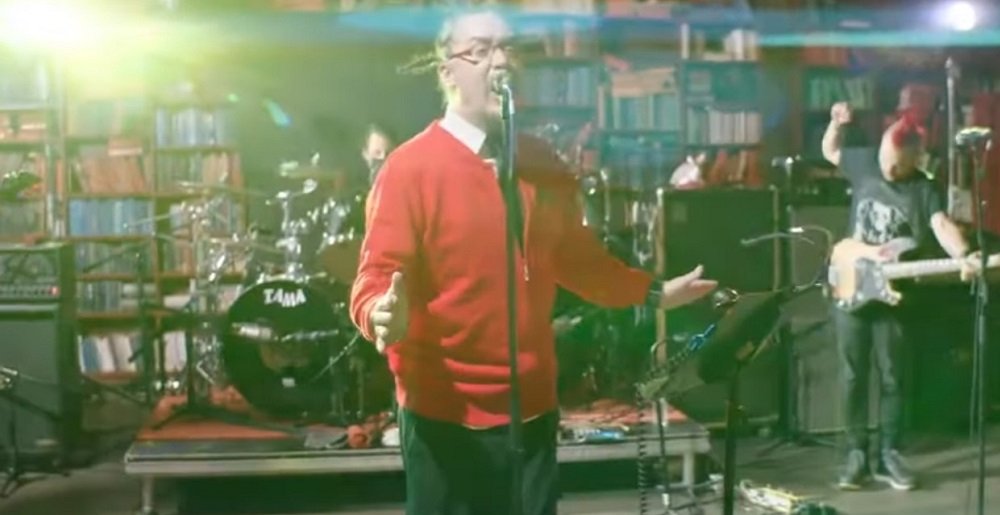 This Week Only, Watch Mr. Bungle’s “The Night They Came Home” for Free

Last night, the great and powerful Mr. Bungle returned to the stage at Chile’s Teatro Coliseo after a lengthy hiatus kept them from melting people’s faces off. To celebrate the momentous occasion, athe maniacal thrash outfit has opted to put their entire livestreamed concert “The Night They Came Home” up on YouTube for the sweet, low cost of zero smackers.

Originally performed on Halloween 2020, the concert features the 14 song set that Mr. Bungle played at the Eureka Main Library in Eureka, California, as well as a comedy set by the acerbic Neil Hamberger and special guest appearances by It’s Always Sunny in Philadelphia‘s Glenn Howerton and more.

Honestly, if you haven’t seen this bad boy yet, you owe it to yourself to do so. Everyone from Mike Patton, Dave Lombardo, Trey Spruance, Scott Ian, and Trevor Dunn fire on all cylinders and for the cost of absolutely free, you’ve got nothing to lose.

If you already know these guys kill live, or you’re looking for something to propel you into the weekend, you’ve got it right here. Oh and if you’re in South America at all, you should make an effort to catch ’em at one of the shows below.