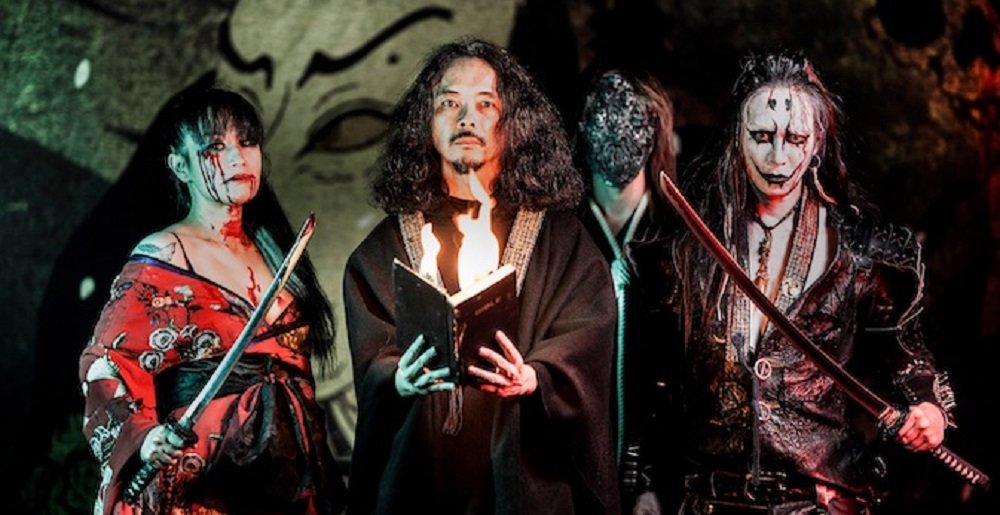 Sigh Released a Video for Their Latest Single “Shoujahitsumetsu”

With their unique fusion of black metal and psychedelic rock, Sigh have long been an interesting act to follow. Having released Shiki earlier this year and dealing with the prospect of aging in the realm of black metal, the band have spent the last 32 years carving out their own niche and showing the world a brand new side of a staunchly European metal subgenre. It’s unlike most of the stuff out there right now.

Earlier today, Sigh released a music video for their single “Shoujahitsumetsu.” Opting to take a more direct approach to the visuals, the video shows the band tearing through the track. It’s a ripper that gets a little groovy, a little experimental at parts, but really holds your attention from the moment it starts.

Sigh frontman Mirai Kawashima said the song is based on a Buddhist concept about our own mortality.

“[It’s] a word in Buddhism and stands for ‘Anything that is alive has to die in the end.’

“I tried to express my fear of death through the album, and this song should be the case in point. This is the most furious track on the album filled with my feat that will never fade away.”

Check out the video for “Shoujahitsumetsu” below. Sigh’s latest album Shiki is available today via Peaceville.

The album is coming out next Friday.

Metal Sucks Greatest Hits
0 -
Footnotes: A Handy Catalog of Every Song from Which Avenged Sevenfold’s Hail to the King “Borrows”
0 -
I Am The Working Class: The MetalSucks Interview with Fenriz
0 -
Review: Megadeth’s Super Collider is a Super Catastrophe
250 -
Worst Year Ever: All of Our 2011 Year-End Sh*t in One Place
0 -
A Detailed Analysis of Slipknot’s New Masks
0 -
Report: “The Number of Heavy Metal Bands in a Given Country is Associated with its Wealth and Affluence”