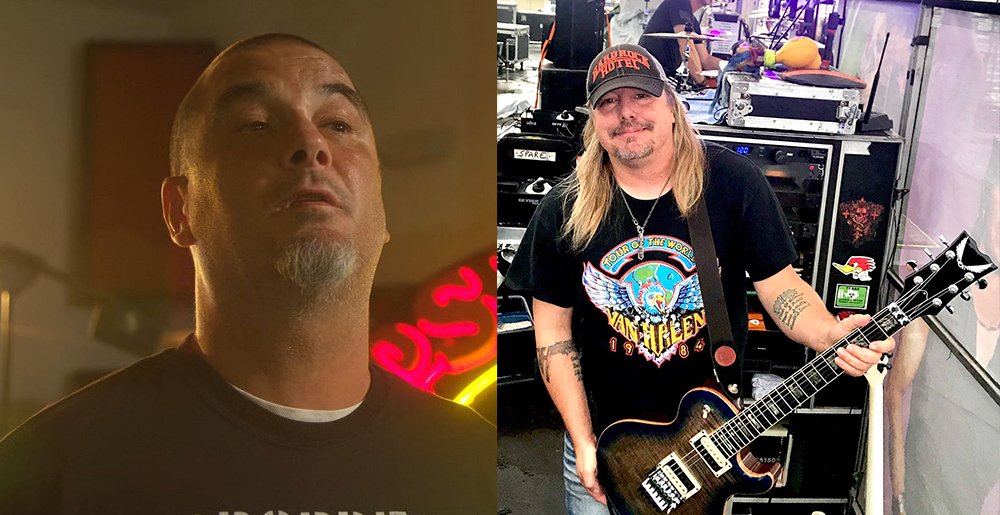 With Pantera’s first set of shows in the books and more dates coming up in the new year, the world’s gotten a taste for what Phil Anselmo, Rex Brown, Zakk Wylde, and Charlie Benante sound like paying tribute to the legendary band. It’s spawned plenty of excitement within the metal community, but it’s also reminded people of some not-so-nice feelings they harbor for a certain vocalist.

While speaking on a recent episode of The Bay Ragni Show, Bret Michaels’ music director and guitar player for the last 19 years Pete Evick did not mince words when it came to his feelings on Phil Anselmo. And while he praised the fact that Pantera’s songs will once again be front and center, that doesn’t mean he has to like the voice behind those songs.

There are a lotta reasons why someone would dislike Phil Anselmo, from the rambling, long ass rants on stage to the apparent animosity that existed between him and the Abbott brothers as the band was falling apart, or (perhaps most importantly) his “white wine” incident where he performed a Nazi salute and mouthed “white power” on stage during a Dimebag Darrell tribute show.

Evick doesn’t go into specifics as to why he feels this way about Anselmo, but he explains that he never actually met the vocalist but he bases his feelings on what other people have told him.

“I shouldn’t judge like that. But I knew somebody that knew him really fucking well.”

Aside from talking about Phil, Evick commented even more on the Pantera subject, pointing out who else could have played drums and why Zakk was the right choice, among other things.

“Vinnie was great. And Vinnie was a great producer. He understood the studio. And me and him were friends. He was great to my son.

“I’m glad that people are gonna hear it, because the Pantera stuff was… I remember when I was a kid, I was young enough that… When I heard Van Halen for the first time, I wasn’t blown away. As I got older and learned… Friends of mine that were maybe 10 years older than me tell this story about hearing Van Halen and going, ‘Holy fuck! That doesn’t even sound like a guitar.’ But I was born in ’72. I was playing guitar by 1978, and I was only six years old. And by seven years old, I was already exposed to Van Halen. So I was too young to… It was just another great band. My ears were so fresh. So I loved it, and from the day I heard it to this day, they’re my favorite band. But I didn’t understand the intensity of how hard it was, because I started with it. At seven years old, I wanted to know how to play ‘Eruption’. So I never experienced that whole thing of… I already played guitar, so I didn’t have to relearn how to play guitar. That’s what most people had to do with Van Halen, was relearn everything they knew. I never experienced that with [Eddie Van Halen]. But I experienced it with Pantera. Pantera is the only thing I’ve ever heard in my life that I went, ‘I don’t fucking know how to do that.’ Don’t get me wrong — I love Steve Vai, and I can’t play like Steve Vai, but when I hear it, I know what he’s doing. I go, ‘I know what’s happening. I can figure that out if I really wanted to sit down and figure that out.’ When I heard Pantera the first time, I went, ‘What the fuck is that? How do you even make that sound with a guitar?’ Which has to be what all of them felt about Van Halen.

“So I respect what [Dimebag] did, and what they did as a team. Just like Alex [Van Halen] and Eddie, they were brothers. That chemistry between the two of them, it was the same exact thing for a different generation.”

As for Rex? Well, Evick didn’t hold back either.

“I don’t give one shit about that guy. I don’t know him. I don’t not know him. I know he the bass player. Me and Vinnie never once had a conversation about the guy. I don’t know anything about him personally. I don’t know that he did anything on bass that was mindblowing. Maybe he did; I don’t know. So I don’t have an opinion. But I’m glad that there’s multiple living members of the band. I think that I like it better that he’s there. I think if it was just Phil, I might be a lot more angry about it.”

Ouch, that’s ice cold. If you want to check out the rest of the interview, watch the video below.

Metal Sucks Greatest Hits
0 -
Why There Will Never Be Another Metal Band as Big as Metallica
0 -
Converse Rubber Tracks x MetalSucks: Everything All in One Place
0 -
Video Footage of Emmure’s Frankie Palmeri Getting Electrocuted On Stage in Russia
0 -
Rammstein Members Kiss During Moscow Show, Violating Russia’s Anti-LGBTQ Laws
0 -
This Very Fat Cat is The Best at Metal Drums
0 -
Video: Rings of Saturn Guitarist Lucas Mann’s Criminal Abuse of Guitar Pro