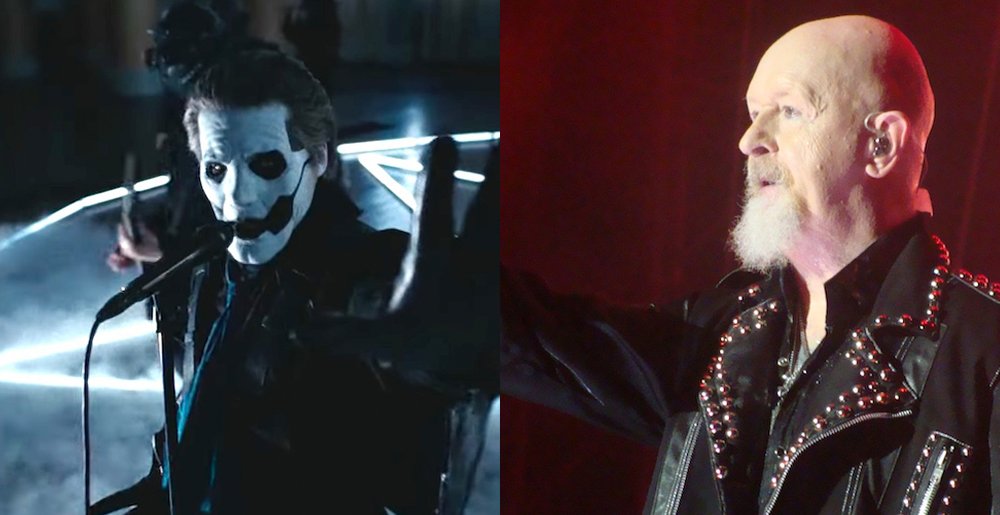 There are few bands that illicit as much bile and hate among “trve” metal fans than Ghost. Just spend a minute in our comment section whenever we post about Tobias Forge, Ghost, or any of their songs blowing up on TikTok and you’ll see a buncha crusty white dudes maulding about how “they’re not metal” or some other bullshit.

But look around at the metal and rock ecosystem — who’s poised to take the mantle once legacy bands like Metallica, Iron Maiden, Judas Priest and the like finally call it quits? It’s certainly not your small ass band, nor is it most of today’s fairly popular acts. For Rob Halford, though the answer is clear: Ghost is absolutely important to the future of rock and metal music.

Speaking with Revolver, the Metal God himself said the world needed “a band like Ghost to refocus and re-energize us.”

“Ghost are an important band on a variety of levels. Rock & roll — I use that term loosely in this context — needs a band like Ghost to refocus and re-energize us. Tobias meticulously created and sought out, firstly, the strength of Ghost musically, and secondly, the crucial visual elements, and both have drawn us into his world of Emeritus mystery and intrigue.”

Ghost have seen their popularity skyrocket in recent years, thanks in most part to extremely successful album releases like Meliora and Impera, as well as the resurgence of past songs like “Mary on a Cross,” which gained significant traction on TikTok and caused the song to be the band’s top streamed track on Spotify.

When it comes to the band’s music though, Halford looks back to Ghost’s first studio effort Opus Eponymous for what he felt was his favorite song.

“As a fan, I am choosing the song ‘Elizabeth’ because of its valuable insight [into] the origins of Tobias’ singular manner of composition, arrangements and textures, whereby one can sense enormous potential.”