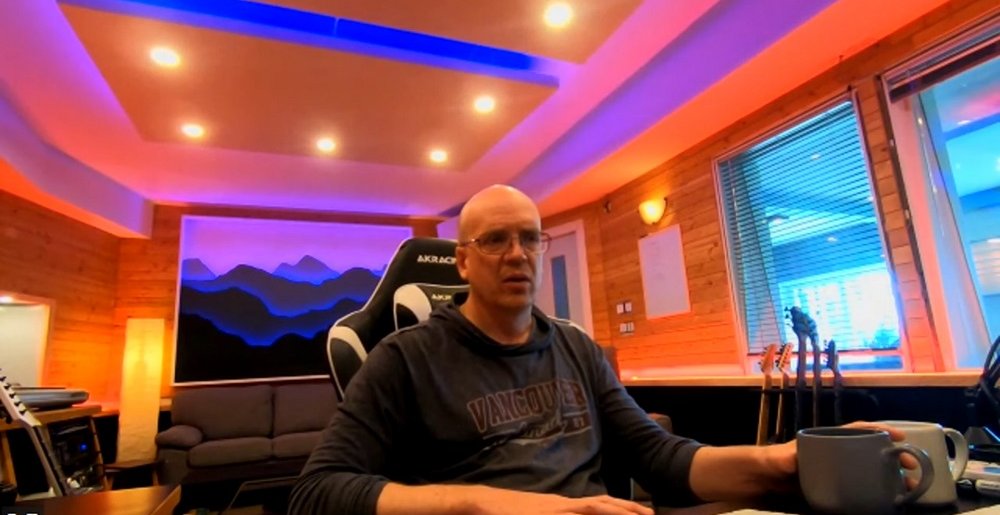 Before he fucked around with puppet aliens in Ziltoid or went on an existential journey in his latest solo efforts with albums like Empath and Ki, Canadian badass Devin Townsend was ripping new assholes into his legions of fans as the frontman of extreme metal outfit Strapping Young Lad.

It’s been s16 years since the band broke up, but rabid fans still cling onto the hope that Townsend will return to the project and bring back the same kind of frenetic and chaotic energy that existed in killer albums like Alien and City.

While speaking with The Metal Meltdown, Townsend was asked if he’d ever consider reviving Strapping Young Lad to make another album and while obviously a little exasperated by the question, his answer (transcribed by Blabbermouth) was tactful.

“The answer to that is… I’ve said it a thousand times, so I’m sure if there are people who really don’t know, they don’t care enough to pay attention.

“The process of making this music is rooted in trying to unfuck myself as I get older, because when I was younger I had a lot of issues. So if people really love something that happened at any point in my career, whether or not it’s Empath or Strapping or Ziltoid or Epicloud or anything, then my hope is that they would understand that the thing that they probably appreciated about it is it’s coming from a place of honesty. And if I can’t be honest about something, the thing that people will like about it will not be there. Absolutely. And I would prefer to be disliked for what I am than to be loved for what I’m no longer.

“There’s gonna be a certain amount of people that would hear that and they’d be, like, ‘Yeah, he’s said that before. I get it. I love the band, but I get it. I can respect that.’ There’s gonna be a certain amount of people that are just, like, ‘Fuck that guy. What he needs to do is do that ’cause it’s the only thing he’s ever done that’s worth a shit and everything else sucks. ‘ and there’s gonna be another part that just says, ‘Strapping who?’ But for me, brother, I’m just, like… As hard as this is to say, because it’s been such a weird couple of years, I’m pretty happy with where I’m at as a dude, and that’s not worth sacrificing to go back to a time when I wasn’t happy.”

If you’ve ever followed the story of Strapping Young Lad, then you know what Townsend means when he talks about how his life reflected the music. As someone who deals with mental health issues, he’d been known to eschew his medication while recording to get the craziest shit possible on tape. Yet as a man now in his 50s with a wife and a family, he can’t do that anymore. Instead, he’d rather write about “Moonpeople” and enjoy creating.

As a long-time fan of SYL, it’s a shame to think it’s likely impossible that we’ll ever get new music from that outfit. The New Black was a killer release. Still, it’s good to see Devy happy, healthy, and making the music he wants to make.