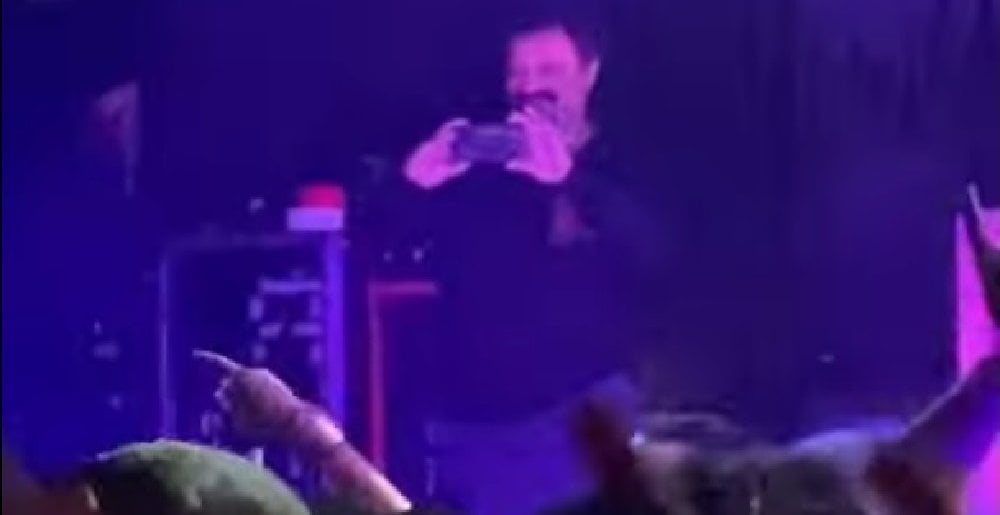 Bam Margera Was Spotted On Stage at Amon Amarth Concert

Over the weekend, Jackass star and skateboarder Bam Margera was out and in excellent spirits as he jammed with Amon Amarth on stage in California. Marking his first real public appearance since he was released from the hospital on December 11 after receiving treatment for pneumonia and COVID, he looks to be in good health and spirits.

Amon Amarth were playing at the SOMA in San Diego this past Friday as part of their “Great Heathen Tour,” which was billed to support the album’s great release. Carcass, Obituary, and Cattle Decapitation were also on the bill.

As you can see in the footage below, Margera was seen standing off to the side of the stage, recording the Amon Amarth performance with his cellphone. It’s good to see that he’s out and about, but it’s a little disconcerting that the 43-year-old star’s not masked up, given the fact he was just recently positive with COVID-19.

And while it’s good that he was able to get out of the hospital, that doesn’t necessarily mean he’s in the clear just yet. After reaching a year of sobriety earlier this year, he’s has been seen partying in Vegas and Atlanta in recent months. While we can’t imagine how difficult it must be to battle drug and/or alcohol addiction, it’s hard to see someone keep struggling with the issue for years on end. Hopefully, he’ll continue seeking help, if only to be able to enjoy metal shows for the rest of his life.

If you, or someone you know is struggling with addiction, please call the SAMHSA National Helpline at 1-800-662-4357.

“You’re dying, brother, and it sucks that I can’t do anything to save you…”

Bam hasn’t sounded this good in a long time.

They definitely put on a killer show.