Metal Sucks
Metal Sucks Review: Green King’s Hidden Beyond Time is an... Study Finds Truckers That Listen to Metal Are More Down to...
- Tweet SHARE
Reviews 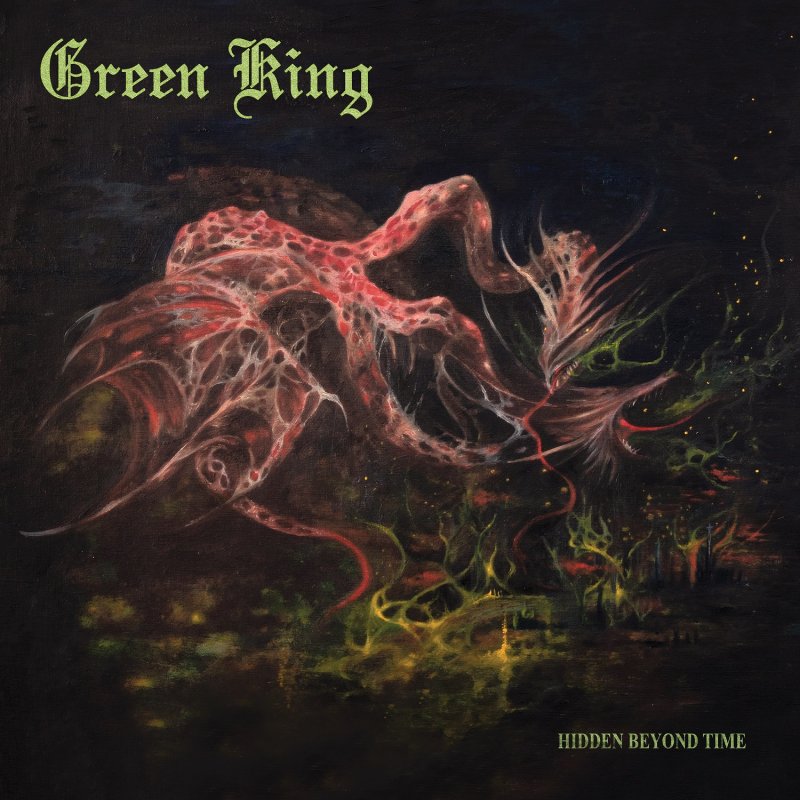 Finland has long been the breeding ground for great metal bands, including—but not limited to— Amorphis, Nightwish, Ensiferum, and Insomnium. Whether newcomer Green King will someday be added to that list remains to be seen, but their debut full-length record, Hidden Beyond Time, is certainly an encouraging—if generic—start. Deeply rooted in the “traditional” heavy metal scenes of the ‘70s and ‘80s (but with touches of folk and stoner metal), it provides an unadulterated half-hour of grimy throwbacks that beg to be blasted as loudly as possible.

The quartet is comprised of drummer Otto Bigler, bassist Heikki Nyman, guitarist Lauri Lyytinen, and guitarist/vocalist Eliel Salomaa. As the album’s press release notes, they put out their first EP, Rock Alley Tapes, earlier this year. Plus, certain members have previously played in various other Finnish acts, such as Rokets, Rusty Triggers, and Black Lizard. Therefore, they’re well-versed in what makes a great heavy metal record. Although Hidden Beyond Time doesn’t really bring anything new to the table, it’s at least a poised and impassioned homage to the group’s influences.

Opener “Gates of Annihilation” instantly lives up to its title thanks to its monstrous dual guitar harmonies, crunchy riffs, in-your-face percussion, and throaty singing. In a way, it’s like what would happen if Iron Maiden and Voivod joined forces. The slow breakdown in the middle effectively builds tension for the energetic reprise at the end, too. Admittedly, it’s more than just a bit formulaic in, well, every way, but if that’s all Green King are going for, it’s hard to deny that they do it well.

The same could be said about “Godkiller” (whose standout features are its sleek guitar solo and the moody respite halfway in). Later, “Tervakiituri” digs deeply into the malevolent stoner rock penchants of Mastodon, just as “Where Speedian Dwells” ever so slightly approaches the excesses of power metal (in a good way). That said, they’re still extremely safe and standard heavy metal compositions, as is the wholly common “Steel On Ice.”

Fortunately, a couple of interludes—“Prelude to Massacre” and “Taunter’s Theme”—showcase more of Green King’s creative dexterity. Specifically, the former is a dreamy occultist segue consisting of soft guitar patterns, mystical synths, and multilayered choral chants. In contrast, the latter is a pleasantly rustic acoustic dirge (with earthly percussion) that wouldn’t have been too out of place on an early Jethro Tull or Fairport Convention album. Likewise, the outro of closer “Lifetakers” is enticingly affective and profound due to its graceful transition into an acoustic coda.

Hidden Beyond Time demonstrates Green King’s ability to emulate their metal forebears with indisputable dedication and authenticity. Aside from a few scattered moments of ingenuity and deviation, though, it doesn’t do anything beyond that. Whether or not that’s enough to warrant the price of admission depends on what you’re looking for, of course, but at least you can go into it with proper expectations. If the band’s sophomore LP fleshes out their more resourceful tendencies, however, Green King will be much more deserving of the crown.