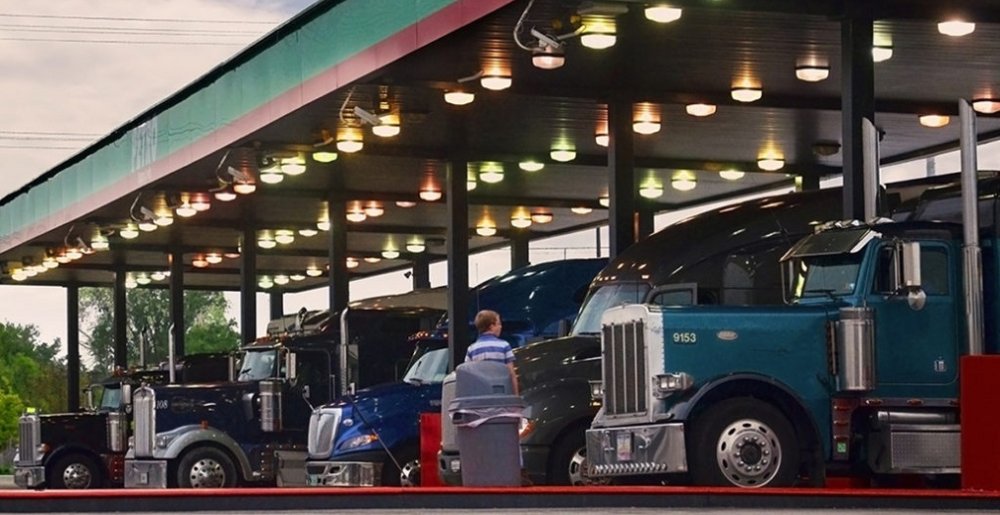 Truck stops have long been known as a place to bone down if you’re into finding yourself a rugged trucker cooling his heels after a long haul. If that’s your kinda thing, you may want to keep an ear out for some metal music coming out of their rigs, since a recent study found that metalhead truckers are more likely to fuck in their cabins than truckers that listen to other music styles.

This has to be one of the weirder articles I’ve ever written, but just bare with me. According to the 2022 American Trucks Survey, which surveyed 1,042 truck owners about their musical preferences, as well as their personal experiences. And while most of the study focused on pop culture and the Billboard 100 songs since 2000, researchers asked respondents about certain things they’ve done in their trucks, ranging from experiencing road rage to getting pulled over.

Yet when it came to whether truckers had ever boned in their truck, 40% said they had. Of those 40, metal fans were the second most likely to have gone to pound town in their rig with 49.8% saying they had. Only jazz fans had done it more at 51%.

What’s even more interesting is that among respondents, only 20.4% said that metal was their favorite genre — classic rock and alternative were the top two genres among truckers at 47.1% and 41.6%. Country, which you’d think was the most popular genre among truck drivers, was actually down near the bottom at 27.7%.

“Despite country music having the most truck-related songs of any genre, it sat toward the bottom of truck owners’ genre preferences — just 27.7 per cent said it was their favorite. Instead, an overwhelming percentage of truck owners (47.1 percent) said they prefer classic rock. Other favorites were alternative (41.6 percent), blues (41.2 percent), and hip-hop (40.7 percent).”

Rock and metal fans were also found to be more likely to experience road rage, with 77.4% of alternative fans saying they had and 72.3% of metal fans saying so as well.

So what does all this data mean for metal? Not a whole lot, other than metalhead truckers love to get down in their cabs.

Not that there’s anything wrong with that.