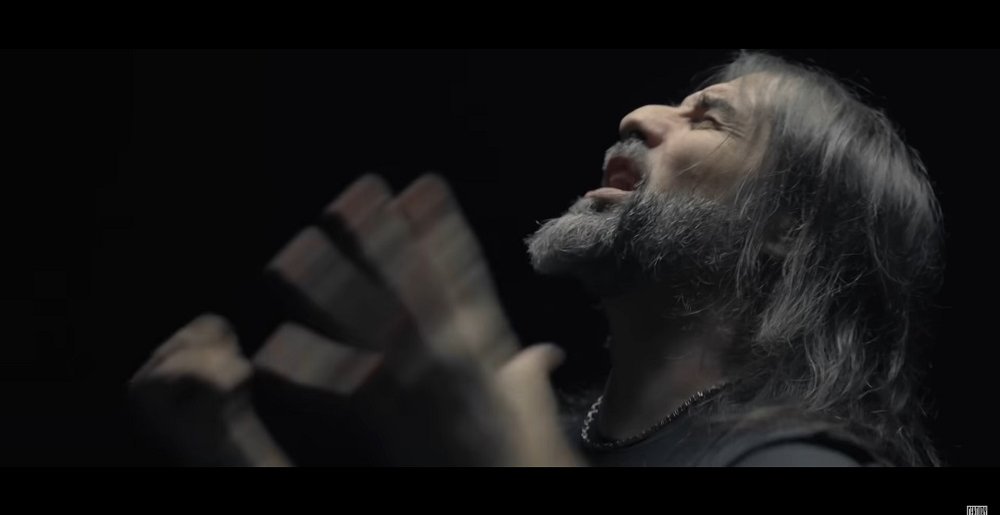 Roughly nine months after the release of his debut solo album Among the Fires of Hell, Rotting Christ frontman Sakis Tolis released a new solo track written and sung entirely in Greek, though the average English listener should understand what’s being said.

Released earlier today, “The Origin” is a gothic sounding track with what I assume is a fake all male choir backing up Tolis’ vocals. According to a statement from Tolis, the lyrics were chosen so English and Greek speaking listeners could listen without needing a translation guide.

“This is a song that consists exclusively of words with Greek roots, so it can be understood and read from both Greek and English speaking listeners! Hope you will enjoy this version of my ‘it’s all Greek to me’ song!”

Rotting Christ just recently put out a surprise EP last week full of rare and live tracks titled The Apocryphal Spells, Vol. 1, via Century Media Records. It’s being billed as the first of multiple EPs featuring material that’s been only previously available as bonus tracks for physical releases and other releases. Along with their own rarities, this new EP includes two Kreator covers.

There’s no news at this time about another Sakis Tolis solo album, though he is slated to perform solo for the first time live at Inferno Music Festival in Norway, where he’ll perform Among the Fires of Hell in its entirety, as well as rare songs from the long line of tracks from Rotting Christ and Thou Art Lord.

Sponsored Links from Across the Internet
Show Comments
Related Articles
Reviews 0
Review: Insomnium’s Anno 1696 is One of Their Very Best
February 7th, 2023 at 11:09am Kenny Schticky

I’d argue that this newest LP has some of the band’s best songs they’ve ever written.

Metal Sucks Greatest Hits
0 -
Photos of Metal Musicians When They Were Kids
0 -
Paul Di’Anno: Still a Winner
0 -
Listen to Metallica’s “Nothing Else Matters” in a Major Scale
0 -
Oderus Urungus from GWAR Reads Goodnight Moon
0 -
36 Seconds of Hell on Earth: Video from the Guitar Center Grand Opening in Times Square
0 -
Ex-Attack Attack! Vocalist Caleb Shomo is Smarter than John Holgado