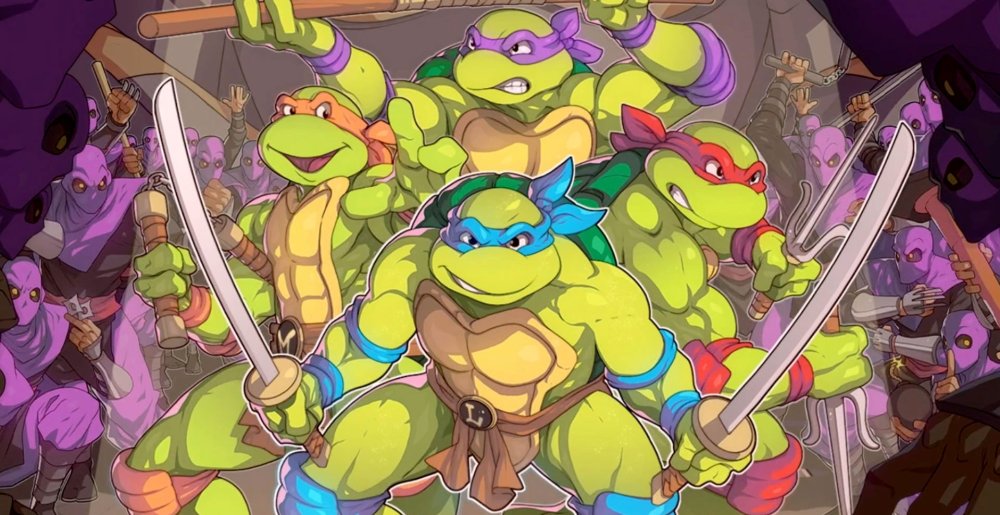 Hallowed Be Thy Game: Tear Up the Streets of NYC as Metal’s Favorite Turtles in TMNT: Shredder’s Revenge

The ‘80s and ‘90s were a weird time for burgeoning properties and franchises. Seemed like everyone wanted a piece of the pie when it came to creating marketing vehicles and campaigns aimed at kids using cartoons, live-action shows, toys, video games, etc. One of the biggies that stuck hard was Teenage Mutant Ninja Turtles. Cinemassacre’s James Rolfe did a great retrospective on the original cartoon series which is great because I wasn’t even alive when it came out so I’ll leave that to him – I’m here to talk about video games and metal’s favorite turtles.

Developed by Tribute Games, who excel in throwback-styled titles, and published by Dotemu, who also worked on and published the near-perfect Streets of Rage 4, TMNT: Shredder’s Revenge is exactly what you would want it to be if you’re a fan of the old TMNT games like Turtles in Time or the classic 1989 arcade game (or its solid 1990 NES port). It’s an old-school beat ‘em up tasking you to take on hordes of Foot Clan ninja soldiers and a whole rogues gallery of villains across a ton of locales in New York City from the rooftops to the sewers and everywhere in between.

Though the game doesn’t break the mold much for the beat ‘em up/brawler genre, what’s here is quite good. You can play as any Turtle – Raphael, Michelangelo, Donatello, and Leonardo – along with April O’Neil and Master Splinter. You can also unlock Casey Jones if you beat the game with any of the originally playable six characters. And speaking of six characters, you can play with up to five other people cooperatively using the game’s decent online functionality for optimal mayhem.

No matter who you play as or who you play with, you level up your chosen character and gradually unlock more moves and abilities to gain an edge against everything Shredder throws at you. There’s actually a good amount of nuance in what you can do, too – backflips, ground slides, aerial attacks, super moves to get groups of enemies off you, and more. You’ll need to master all of them in order to conquer the game’s optional challenges which involve everything from completing a specific level without taking damage (harder than it sounds) or throwing a certain number of Foot soldiers toward the screen.

It’s no secret by now that I’m into pixel art – literally every game I’ve covered so far for MetalSucks has it to some degree – but this is by far the most vibrant and bright. It may not show off the capabilities of modern hardware, but this style matches up nicely with cartoon reboots courtesy of Nickelodeon with its varied, clean palette. The animations are also great, capturing everything from the hard-hitting ninja moves to the hustle and bustle of the city. A lot of care and work went into this game, just as you’d expect with something from Tribute Games.

All four of the Turtles original voice actors from the ‘80s cartoon return and along with it, all the personality and attitude. When you consider everything on offer, it’s easy to see how metal the Turtles could’ve been, at least in the old-school sense. This is doubly true if you consider the darker, edgier TMNT comics. You can easily imagine them all skating up NYC in their down time to some Suicidal Tendencies or Anthrax. Nowadays, they’d find some fast-paced shredding goodness with bands like Iron Reagan, Toxic Holocaust, or how about thrash newcomers RetadoR from Spain? Hell, look at bumbling bad guys like Bebop who sports a purple mohawk, killer nose ring, and clothes similar to a hesher’s combat vest – all he needs are Venom and Black Flag patches and he’s good to go for a DIY show in a dilapidated warehouse.

Though I still maintain that crossover and thrash metal are the best genres you could staple onto the Turtles at any given time, the devs saw it fit to employ Tee Lopes to handle Shredder’s Revenge’s soundtrack. He’s been around for a while and specializes in making banger soundtracks for revitalized games in established franchises like the aforementioned Streets of Rage 4 and Sonic Mania. Here, there’s a heavy reliance on synth, slapping bass, and rocking guitars (courtesy of Jonny Atma). You’ll hear motifs from the classic TMNT cartoon theme in different tracks, and hey, speaking of, the theme itself is sung by Mike Patton. Rappers Raekwon and Ghostface Killah even get a hardcore (but still kid-friendly) rap track together during the game’s climactic boss fight with Shredder himself. Radical!

If you grew up with the old TMNT games, or even similar ones like Final Fight or Streets of Rage, this is a must-play. It’s one of my favorite games of 2022 and even if it doesn’t turn the genre or industry on its head, it’s a highly competent, fun game you can play with (or without) friends for a night and have a blast. Make a pizza party out of it – it’s what the Turtles would have done.

You can play Teenage Mutant Ninja Turtles: Shredder’s Revenge on Nintendo Switch, PlayStation 4 and 5, Xbox One, and PC via Steam. And yes, it is currently on Game Pass for both Xbox consoles and PC. There’s even a mobile version in development that’ll be published on the Netflix app in 2023 because they do games now for some reason. Cowabunga!

Death is permanent in this tactical space thriller.

Children of Morta is a perfect game for nature loving folk metal fans.

SIGNALIS is what happens when you mix anime, horror, and an oppressive regime.

Metal Sucks Greatest Hits
0 -
Video: Vocalist Performs Ten Styles of Metal, Complete with Appropriately Silly Lyrics
0 -
I Am The Working Class: The MetalSucks Interview with Fenriz
0 -
Video Footage of Emmure’s Frankie Palmeri Getting Electrocuted On Stage in Russia
0 -
BREAKING: Some Local Band Called Shrapnel are Tired of You Leaving the Show Before Their Set
220 -
Hey Guys, Did You Know That Virgin Steele are From Long Island?
0 -
Ministry’s Al Jourgensen: “I Got Paid to Humiliate Fred Durst”