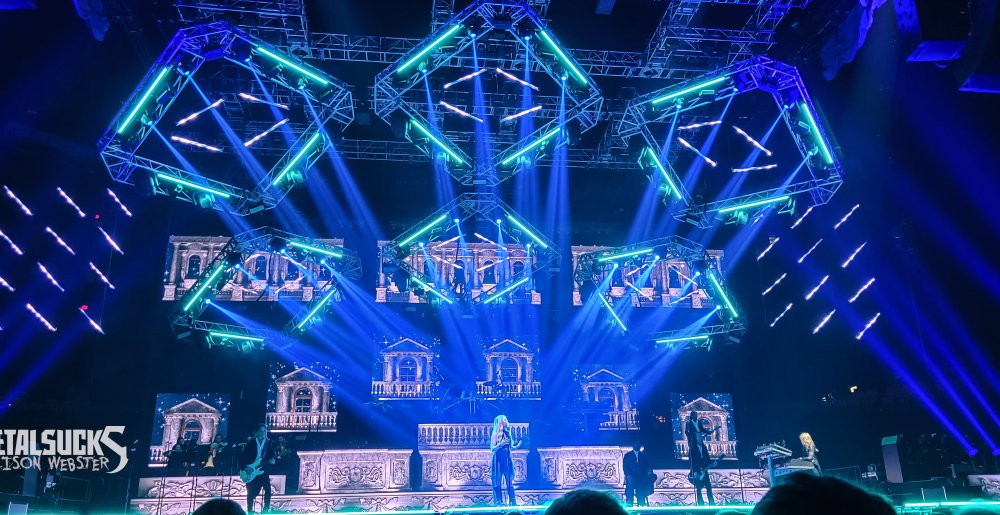 When it comes to the holidays and music, there’s a lot left to be desired. Either we’re stuck with the slightly predatory “Baby It’s Cold Outside,” the strangely annoying “I Want a Hippopotamus for Christmas,” or the crippling depressing “Christmas Shoes” or you land in the retail hellscape that is Mariah Carey’s “All I Want For Christmas Is You.” What about us metalheads?!

The prog/rock opera/symphonic metal band grew out of a small power metal band in Tampa, Florida by the name of Savatage. Producers Paul O’Neil and Robert Kinkel, along with guitarist Al Pitrelli and vocalist/keyboardist Jon Oliva, put this project together way back in 1996. Paul came up with the name on his trip to Siberia, Russia.

TSO’s most popular instrumental “Christmas Eve/Sarajevo 12/24” is an instrumental medley of “God Rest Ye Merry, Gentlemen” and “Shchedryk,” originally released by Savatage in their 1996 album Dead Winter Dead. The album featured a story about Sarajevo-born cellist Vedran Smailovic, who returns to his homeland to find it in ruins after the Bosnian War. “Christmas Eve/Sarajevo 12/24” was a track that topped radio charts across the country and led to the creation of a side project known as the Trans-Siberian Orchestra. Believe me, you’ve heard it.

Fast forward to 2022, and Trans-Siberian Orchestra are still going stronger than ever. Late last month, I got a chance to attend the group’s Portland, Oregon show. From start to finish, the show was full of hard rock and heavy metal Christmas tunes that excited, with matching scenery and theatrics to keep even the less rock-inclined excited to be there.

The story of The Ghosts of Christmas Eve begins with a runaway who hides in an abandoned theater on December 24th. The theater’s resident ghosts eventually help the girl reunite with her family. TSO performs this tale along with powerful, operatic vocals, wailing guitars, powerful drums, melodic keyboards, synchronized hair flips, laser lights, pyrotechnics, moving hydraulic stages, and video effects all synchronized to the live music. Hell, they even make it snow!

A Trans-Siberian Orchestra show attracts music fans from all walks of life. Metal fans, easy listening fans, Christmas fans, and kids young and old. It’s a spectacular event for everyone to experience.

Along with the excellent show, it’s great to know that the Trans-Siberian Orchestra as a whole donates one dollar from each ticket sale to local charities wherever they’re playing. Since they began, the group has raised more than $18 million dollars to worthy charities throughout North America.

If you’ve got the time, the money, and the inclination to check out a family friendly, yet rockin’ show, be sure to check out the Trans-Siberian Orchestra during the holiday season. You’ll be glad you did.

Sponsored Links from Across the Internet
Show Comments
Related Articles
Viral Vomit 0
Best Christmas Mash-up Ever of the Day #1: Metallica Meets Trans-Siberian Orchestra on “For Carol the Bell Tolls”
December 2nd, 2021 at 11:46am MetalSucks

The trek will celebrate the 25th anniversary of the band’s album Christmas Eve and Other Stories.

Also featuring a handful of other talented musicians.