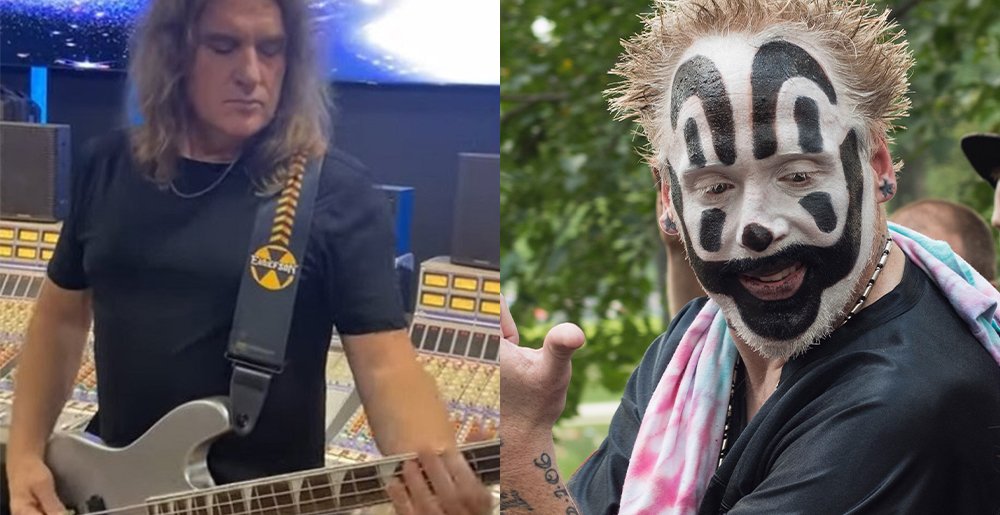 Ex-Megaeth bassist David Ellefson is very likely looking forward to moving on to 2023 and leaving this dumpster fire of a year behind him. After the whole jerk off video scandal, getting dropped from Megadeth as a result, and now spending time saying “I’m totally over Megadeth” while almost exclusively covering those songs with anyone who’ll play them with him, I’d say he’s had a pretty tough year.

To his credit, Ellefson’s also been busy starting up new projects all over the place. One of those projects is The Lucid, a four-piece hard rock group he’s in with vocalist Vinnie Dombroski, of Sponge, guitarist Drew Fortier and drummer Mike Heller, of Raven and Fear Factory that put out an album back in 2021.

The Lucid has an EP titled Saddle Up And Ride coming out on January 27 and in anticipation of its launch, the group released the title track as its first single. And while that would likely be the end of the story normally, it’s more of a story because of the little collab it has featuring Insane Clown Posse’s Violent J. Not only that, but he also plays on the EP’s closing track, “Sweet Toof.”

Yep. A former member of a Big Four band is now openly playing hard rock with an ICP member. Fortier said the collaboration was a good thing for the band.

“We are thrilled to join forces with an iconic artist like Violent J. He added such a kick-ass and dangerous element to ‘Saddle Up And Ride’ and ‘Sweet Toof’. J has without a doubt taken The Lucid to another level.”

Well, at least they’re happy about the inclusion.