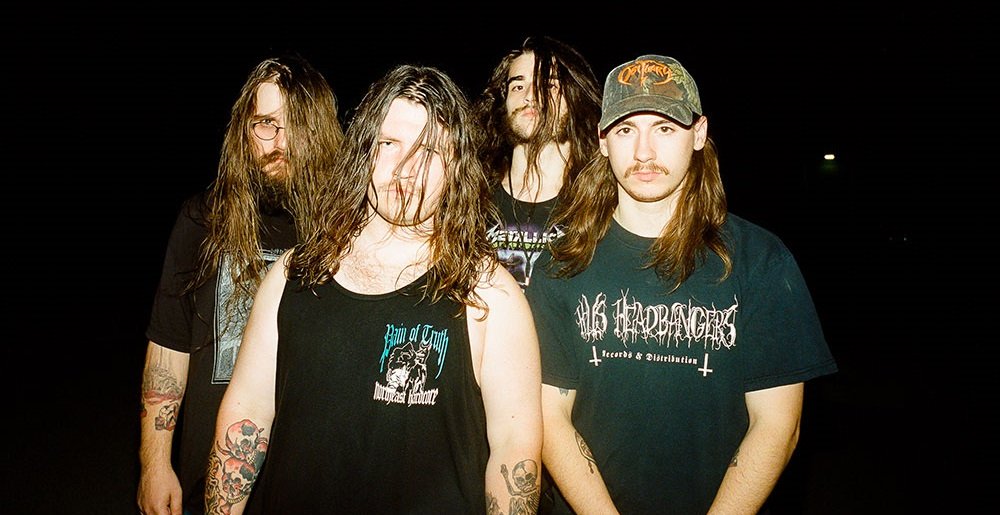 If you’ve been following the elite class of up-and-coming death metal bands making the rounds these days, you’ve absolutely heard the devastatingly brutal tunes of 200 Stab Wounds. After recently signing with Metal Blade Records and releasing an absolute ripper of a track with “Masters of Morbidity,” more people have taken notice of the Cleveland-based band — especially their name.

During a recent interview with Heavy New York, 200 Stab Wounds frontman Steve Buhl explained how they came to the conclusion that 200 stab wounds was the right amount.

“People have said online that we used to be called 117 Stab Wounds and all, [but] that’s not true. We’ve always been 200 Stab Wounds. There’s no real significance to that number. It’s just something that sounds good. [Guitarist Lance Buckley] came up with the name, and when we put this band together… I remember him telling me [the name 200 Stab Wounds] years ago and I was like ‘we should use that because it’s perfect’ and here we are.”

So you’re telling me they took the “Holy Hand Grenade” approach? You know the one: “Then shalt thou count to three, no more, no less. Three shall be the number thou shalt count, and the number of the counting shall be three. Four shalt thou not count, neither count thou two, excepting that thou then proceed to three. Five is right out.” …..They probably didn’t, but my nerdy mind likes to think it was.

As for their overarching message as a band, Buhl said there really isn’t one and that they’d rather people have fun listening to their music.

“It’s not about pushing a certain message or whatever. It’s just about having fun, and I guess whatever you take the song as, you can make it your own.”

200 Stab Wounds just recently ended their tour with Undeath, Enforced, and Phobophilic. There aren’t any new live dates at the moment, but it’s only a matter of time before the band goes to take their brand of brutality on the road.

Sponsored Links from Across the Internet
Show Comments
Related Articles
Viral Vomit 0
Steve and Lance of 200 Stab Wounds Dive Into the Otherworldly Realm of Ohio TikTok
January 17th, 2023 at 10:00am Hesher Keenan