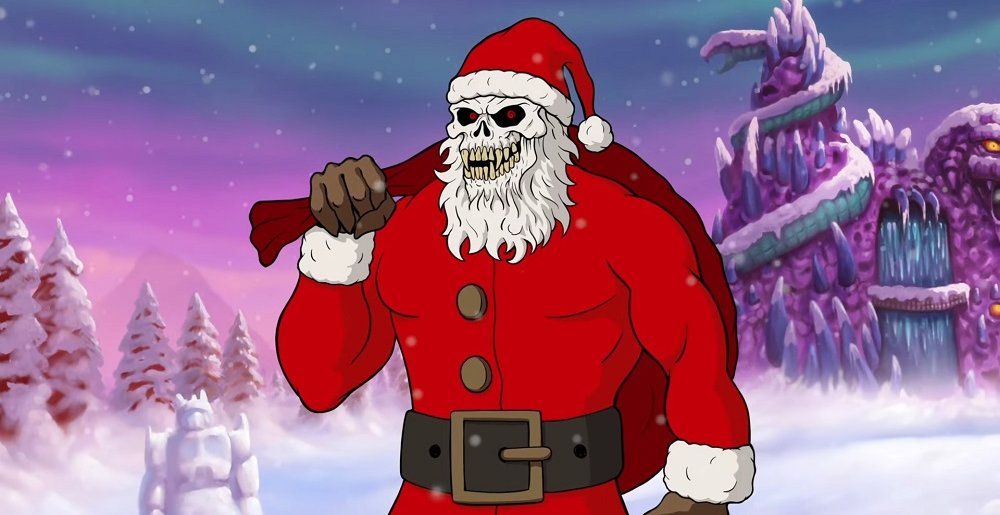 If Slayer were to write and record their own Christmas album, what do you think it’d sound like? If the folks behind Sleigher have anything to say about it, they believe they’ve nailed the formula.

Roughly a year after releasing their first Slayer-esque Christmas song, “Seasons Greetings In The Abyss,” the group have returned this year with “South Of Lapland (Santa’s Gory Yuletide).” As you can probably tell from the title, the song features their graphic, yet cheerful renditions of “South of Heaven” and “Mandatory Suicide.”

One of the things that sets this YouTube collabo apart from others is the fact that it’s got some legitimate talent behind it. This year, Sleigher is comprised of:

While it’s got some clever wordplay in its lyrics, the song’s definitely not one you’re gonna want to play in front of your religious aunts and uncles. Or do and liven up the Christmas festivities after dinner. Who are we to tell you what to do?

As expected, he nails it.