Metal Sucks
Metal Sucks Randy Blythe Shares What He Feels is the “Most... Exhumed’s Mike Hamilton Wanted to Have a Career...
- Tweet SHARE
Enlarge
News 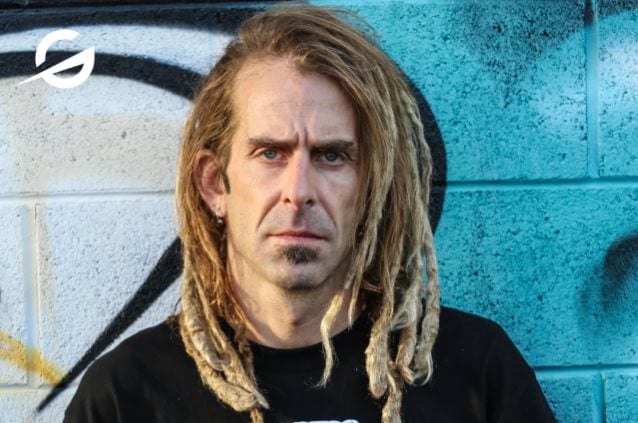 It’s a dream for so many to be talented enough, driven enough, hell, even lucky enough to make it big as a musician. It’s hard to not only write and record your own original material, but also to get off your Cheeto-loving ass to find like-minded musicians and take your show on the road.

For Randy Blythe, vocalist of Lamb of God, it’s more than just getting up and preparing to kick ass every night. For him, it’s all about the business side of things that proves to be the hardest thing to handle. the revelation came during his recent interview with James Montenegro’s “My 3 Questions To” Series on YouTube.

“I think the most complicated part of it is not really anything within the band. It’s trying to make sense of how this has become a career, really. ‘Cause we just did it for the love of it. That’s why we started the band. I never thought it would be a job. I was never, like, ‘Oh, we’re gonna be rock stars,’ or whatever.

“I think the really complicated part of it for me has been navigating the fact that something that I would be doing anyway, which is making music, is navigating how that has become a business,” he continued. “And it’s not something I’m always entirely comfortable with, to tell you the truth, ’cause I’m just a regular dude. That’s why we have management, though; I don’t handle the business. But I think that has really been the most complicated thing for me, is realizing that it’s a business at this point. Because we employ a lot of people. People were able to buy their families Christmas gifts this year because we employ ’em. [Laughs] It’s definitely a band that, it’s our art and we love it, but it is a business, and for me, accepting that is strange — it’s strange. ‘Cause I don’t come from the business world. I never had any money. I’m not a rich kid or anything weird like that.”

Along with the business side of things and learning how to make music your career, Blythe pointed to learning how to be a proper metal musician as a difficult task as well.

“Just learning to be a professional musician, I guess, is the most complicated part. Writing the music and touring and playing shows and all that shit, that’s fun. That’s easy for me. Learning the business has been complicated.”

You can check out the rest of the interview below.

Metal Sucks Greatest Hits
0 -
Ex-Attack Attack! Vocalist Caleb Shomo is Smarter than John Holgado
0 -
A Detailed Analysis of Slipknot’s New Masks
0 -
Listen to Metallica’s “Nothing Else Matters” in a Major Scale
0 -
12 Embarrassing Albums That Everyone Owned Back In The Day
0 -
What in the Mother of F*CK Did I Just Watch???
0 -
Let’s Gossip About How Much Money Famous Metal Vocalists Make