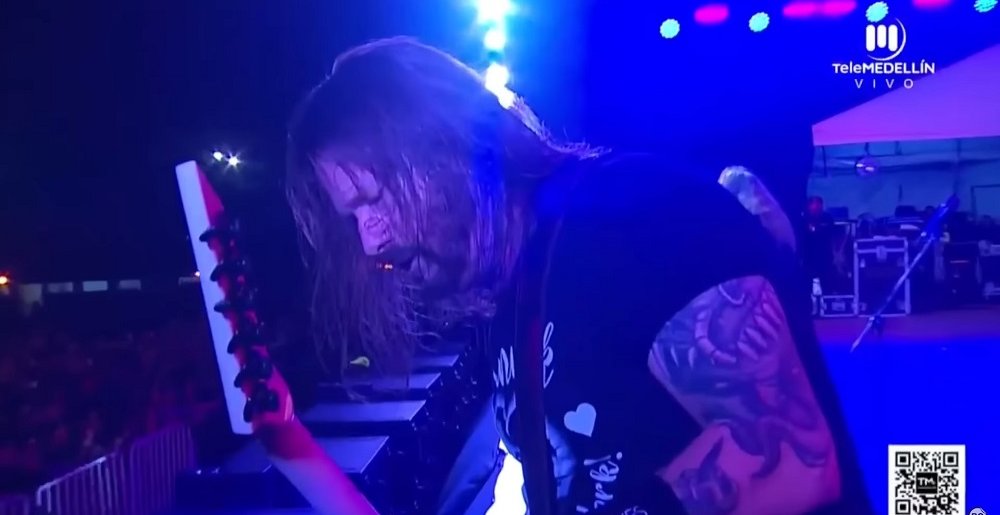 Exodus’ Gary Holt: Focusing on Solos is the “Easy Way Out” and Rhythm Guitar is a “Test of Strength”

When someone who’s been playing thrash metal guitar for more than 40 years tells you how you should focus on learning and playing the guitar, you should probably listen. So whenever Exodus’ Gary Holt speaks about guitars and getting better at playing them, the discussion is probably worth your time.

During an interview with ESP Guitars USA at this year’s Bloodstock, Holt went into detail about guitars, playing guitars, and learning/preparing to play guitars. And while he’s known for being able to shred with the best of ’em, he warned other guitarists that focusing solely on your solos was taking “the easy way out,” since a solo is a small part of the equation.

If you want to be an impactful player and stand out in the mix, he said, then you gotta submit to the riff and work on your rhythm playing.

“Playing rhythm guitar takes work. A lot of guys take the easy way out, they don’t really put in that much effort, because, ‘Oh, here comes my solo, and I need to shine here.’ By the time I get to the solo, half the time it’s the opposite.

“My solo is not nearly as good as it could be, because my arm’s tired. The riff, that’s 99% of the songs; I’m gonna play the hell out of that [rather than] save it for the solo. But you know, it’s a test of strength.”

Though he doesn’t mention them by name, some of his Bay Area and Big Four thrash contemporaries like Dave Mustaine, James Hetfield, and Scott Ian can play the shit out of a guitar, but their riff composition and rhythm playing are second to none.

It’s always a good time when Exodus takes the stage.

Metal Sucks Greatest Hits
0 -
Ex-Attack Attack! Vocalist Caleb Shomo is Smarter than John Holgado
0 -
Thirty of the Worst Metal Band Promo Photos of All Time
0 -
Video: Dudes Rockin’ Out to Van Halen Meet David Lee Roth, Have No Idea Who He Is
1860 -
The Top 25 Modern Metal Guitarists: The Entire List in One Place
0 -
12 Embarrassing Albums That Everyone Owned Back In The Day
0 -
The Top 25 Modern Metal Frontmen: The Entire List in One Place