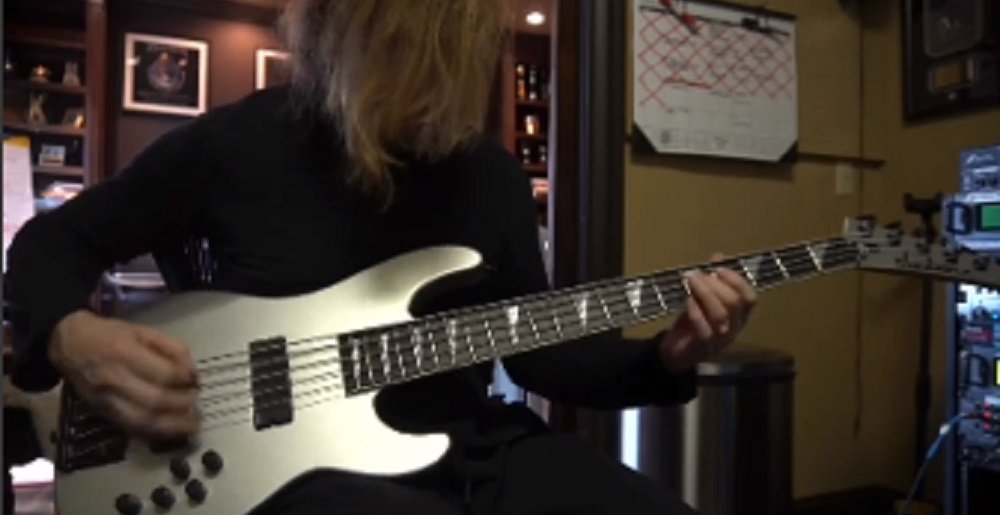 Since its inception, Megadeth has always been Dave Mustaine’s baby. As a master guitarist and sneering frontman, he led this rebound band to the heights of popularity, despite getting tossed out of Metallica. And while he’s mostly relied on the talents of David Ellefson to provide that extra thump that only bass can provide.

Yet for The Sick, The Dying… And the Dead! Ellefson’s written bass parts were replaced following his ousting for getting involved in a sex scandal. As a result, Mustaine ended up writing a “majority of the bass parts” for that record.

About an hour ago, Mustaine posted a video on his Instagram page showing a behind the scenes look at him supposedly writing the bass part for “Dogs of Chernobyl.” After watching the clip below, all I can think is “man, that bass looks huge on Mustaine.”

Still, it’s always cool to see “how the sausage gets made,” more or less.