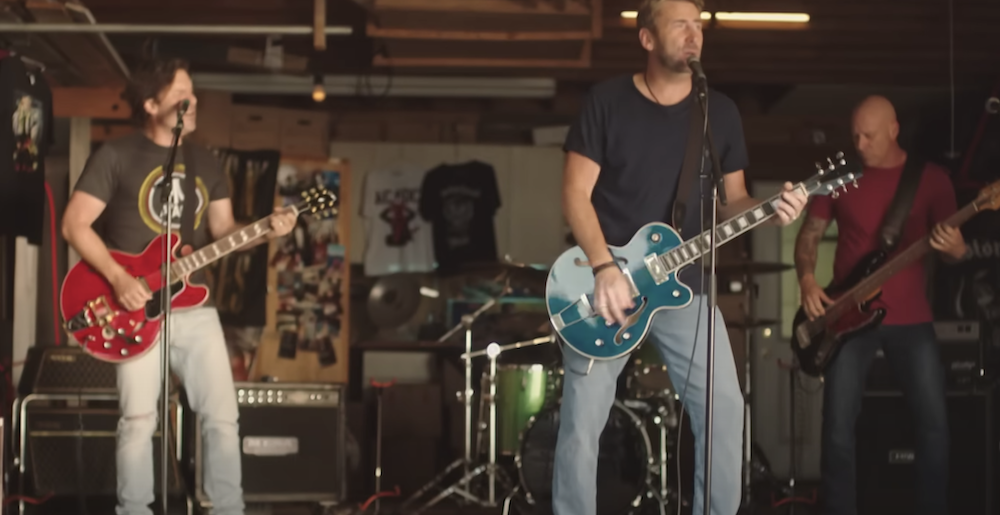 Devin Townsend Says Chad Kroeger is a ‘Phenomenally Smart’ Metalhead: “It’s Just a Different Frequency that Folks like that Exist On”

The timeline seems to have shifted in recent months and metalheads have forgotten that Nickelback is the long-running sworn enemy of the genre and all things cool or fun in music. This is no doubt due in large part to the band members’ and their collaborators’ frequent recent comments about their love for heavy metal, with the most praise coming from former Strapping Young Lad mastermind Devin Townsend.

The two worked together on Townend’s album Empath, which led to the conversation with Ultimate Guitar.

“Chad’s brilliant. Chad is a phenomenally intelligent human being. But he’s a rockstar, too, on levels that you and I will never participate in. And so there’s gonna be a disconnect just based on that. You only have a few things in common, and then, after a while you run out of things to talk about.

“I think it was flattering for me at first, too. But again, guy’s got a very complex life, and I can’t understand a lot of it. How could I? It’s not within the realm of my world. But I think he’s exceptionally talented. I think he’s phenomenally intelligent.”

Based on the way Townsend describes Kroeger, he seems like a pretty intense guy who really loves his metal.

“Even if I respect and care for people, after a certain amount of time, again, I have to tap out. I’m like, ‘Dude, I can’t hang with this.’ I’m in bed by nine, usually. I don’t want to listen to Pantera at four in the morning, you know?

“And that’s not a character flaw at all, it’s just a different frequency that folks like that exist on,” he continues. “I’m not like that. But sometimes it takes experiences with folks like that to know that. Maybe you think you can hang, and then you get there.

“And I mean, with Chad, I remember being at his house a couple times, and just being, ‘Wow, this is so intense, man.’ He had a stage set up, and it’s metal all night. And I’m thinking like, ‘Man, you are so much more of a metalhead than I am.’ But I do care for him. And I think he’s brilliant.”

More news from the strangest timeline where you guys actually like Nickelback at eight.

Sponsored Links from Across the Internet
Show Comments
Related Articles
Ziltoidia Attaxx!!! 0
A Ziltoid Comic Series is Coming Next Month, So Get Your Ultimate Cup of Coffee Ready
January 24th, 2023 at 1:41pm Hesher Keenan

You have five Earth minutes to preorder.

Metal Sucks Greatest Hits
0 -
Clothing Chain H&M Creates Fake Metal Bands to Sell Merch, Releases a Song Called “Vaginal’s Juice Dripping into Cadaverous” [UPDATED: No, They Didn’t]
0 -
Twelve Reasons Babymetal are the Single Best Thing to Happen to Metal in the Past Decade
0 -
Why are metal fans hopelessly stuck in the past??? :(
3220 -
What is UR Favorite Classic Nu-Metal Band??
0 -
David Lee Roth on Van Halen Brothers: “We Have Always Hated Each Other”
0 -
Unearth are the Slayer of Metalcore