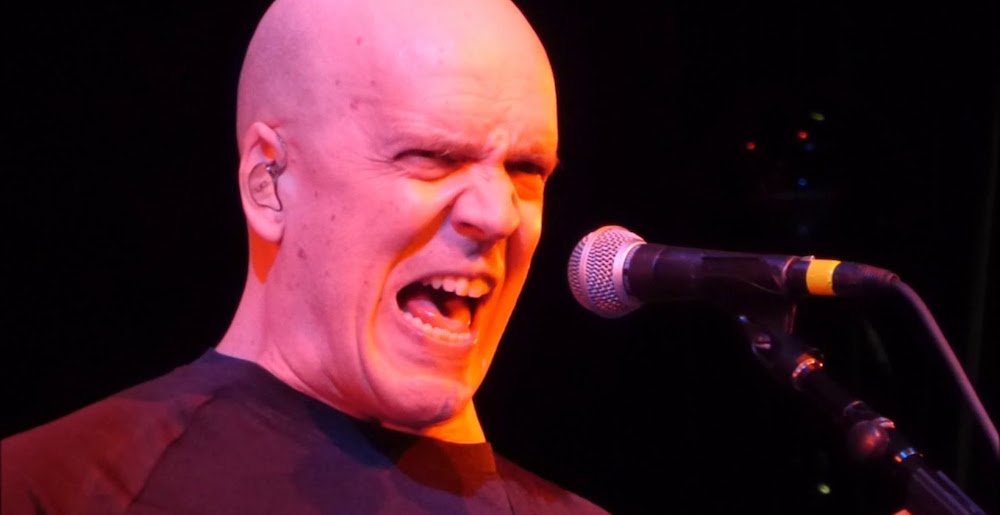 Our younger readers may not know this, but there was a time when Judas Priest’s Rob Halford wasn’t fronting the band. From 1992 to 2003, the Metal God quit the iconic metal band and went off to do his own thing. As a result, the band eventually hired Tim “Ripper” Owens in 1996 to fill in. They recorded two albums with him and the rest is history.

While speaking with The SDR Show, prog metal genius and fart joke enthusiast Devin Townsend, that outcome could have ended differently, as he was among the several other metal vocalists approached by the band to try out for Halford’s vacant spot.

“Technically, yes, that happened, but it’s not like they were knocking down my door,” he explains. “They threw out a blanket thing to a bunch of singers – Warrel [Dane] from Nevermore, myself and a couple other people got this letter with the [logo].”

As a self-proclaimed Judas Priest fan, Townsend said he’d loved listening to Halford and the guys. And while he said his invitation was likely because of his involvement in the past with Steve Vai, he still felt at the time that he was a guitarist first and a singer second.

“Unleashed In The East was the shit for me right, so to have that was… but I also remember thinking that singing was this thing that happened to me because of my involvement with Steve [Vai]. I learned to sing, because I was a guitar player and most of the singers I auditioned I didn’t relate to.”

Ultimately, Townsend turned down the invitation and the rest is history. Judas Priest would eventually reunite with Rob Halford, while Townsend would go on to make some insane/funny/devastating/emotionally charged music through his various projects. And while it all worked out in the end, Townsend said his decision to turn the invitation down was largely a wise one.

“The technique that I had was so shoddy, that had I got into a situation with that level of expectation, to sing like Rob Halford… Dude, I’d have been crucified.”