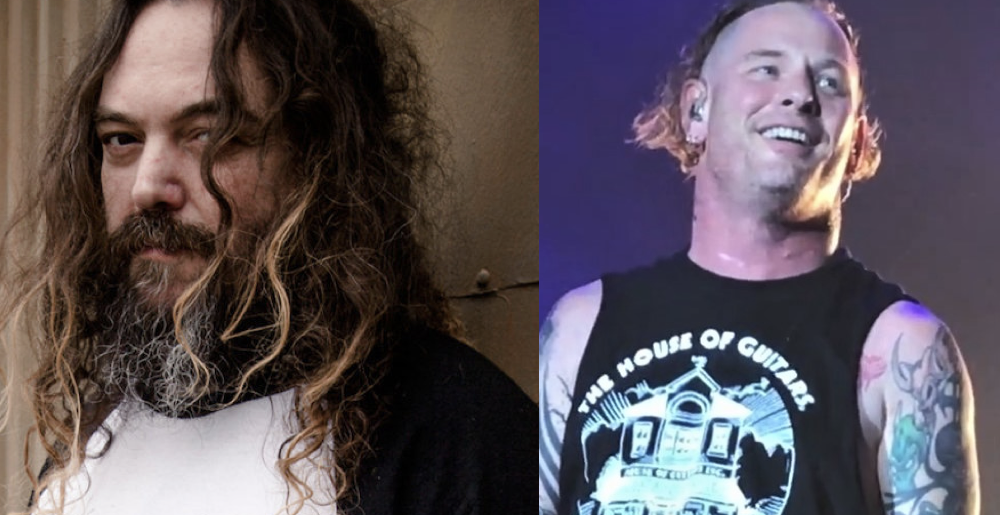 Corey Taylor on Being “Kidnapped” by Soulfly: “It Was One of the Best Experiences of My Life!”

There was a point in time when Corey Taylor wasn’t the iconic face and voice of nü-related metal but Soulfly frontman Max Cavalera had heard the Slipknot vocalist on “Wait and Bleed” and knew he had to have him on a song. That song, as you probably know, became “Jumpdafukup” from Soulfly’s second album, Primitive.

Cavalera told Metal Hammer that he saw hip-hop artists doing a number of guest features on their albums and wanted that for Soulfly’s sophomore effort. It worked out—in addition to Taylor, Primitive features contributions from Tom Araya, Chino Moreno and… Sean Lennon.

“Corey was playing in Arizona the week we were in the studio. Me and my friend drove to the venue and they’re just about to soundcheck and I shout, ‘Hey Corey, what’s up! We have to go to the studio and record!’

“We pretty much kidnapped him. Fuck your sound check!’ We put him in this piece-of-shit car in the desert.”

Of course, in the year 2000, Taylor wasn’t too upset about getting “kidnapped” by the dude who made Roots.

“We got round the mic and sang [Jumpdafuckup] together. Dude, it was one of the best experiences of my life! It was my first real taste of doing something with a peer… Well, not even a peer, but a hero! It was fucking Max Cavalera!”

It’s been a few months since we’ve heard from Taylor. In October, he was raging about Roadrunner.

“It’s such a different label than it was when we first signed with it. Once you’re in the hands of people who don’t care, it’s just a fucking business. And that’s what happened.

“We’ve had to fight for every fucking release that we’ve had because the people who now work for Roadrunner think they know what they’re doing and they just don’t. They’ve tried to give us fucking advice, and we’re just like, ‘What are you talking about? What band do you think we are?’