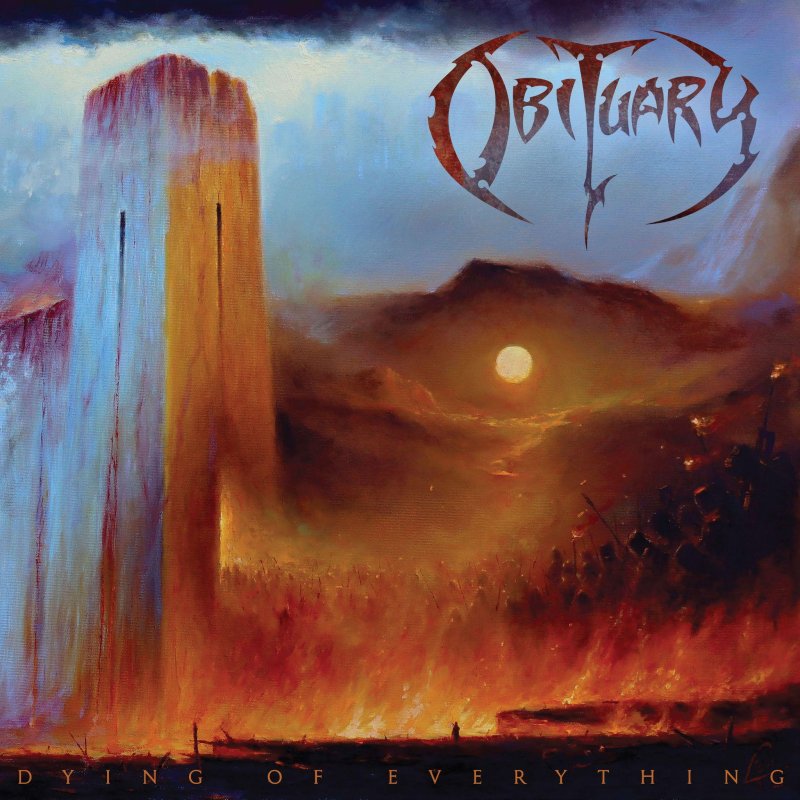 Review: Obituary Love Dying and Being Dead on Dying of Everything

Floridian death metal mainstays Obituary are an institution in the genre. As godfathers of death metal, they left their mark with a number of albums—including stone-cold classics Slowly We Rot and Cause of Death—that made one thing very clear: Obituary are the most consistent band in death metal.

Since the release of Slowly We Rot, Obituary have guaranteed their listeners consistency in the same way that AC/DC guarantee it to theirs. On new album Dying of Everything, Obituary lean into that consistency while also breathing new life into the band.

It’s possibly worth considering that Obituary recorded live versions of their seminal first two records last year. Whether or not that was the source of inspiration, Obituary sound as energetic to be playing music as they have in a long time. Guitarist Kenny Andrews has now recorded three albums with Obituary; his churning, groovy riffs gel with longtime rhythm guitarist Trevor Peres and the rhythm section brings it with as much enthusiasm.

Obituary are consistently at their best when they write songs like that sound like Obituary and Dying of Everything is just another case study in why. “My Will to Live,” “The Wrong Time” and “War” are highlights of the album because they know exactly what they are: churning mid-tempo death metal songs with grooves that remove any doubt what it means to redneck stomp. Andrews sprinkles in the right amount of guitar solos and Obituary find a nice balance between speed and grooves throughout the record.

If it ain’t broke, don’t fix it. The old adage holds true on Obituary’s 10th studio album, which sees the band further sharpen their axes and ready their blunt objects. Dying of Everything is as pure a death metal album as you’ll get in 2023 and that’s a good thing. Long live death and long live Obituary!

Dying of Everything drops on January 13 via Relapse Records, though you can pre-order your copy today.