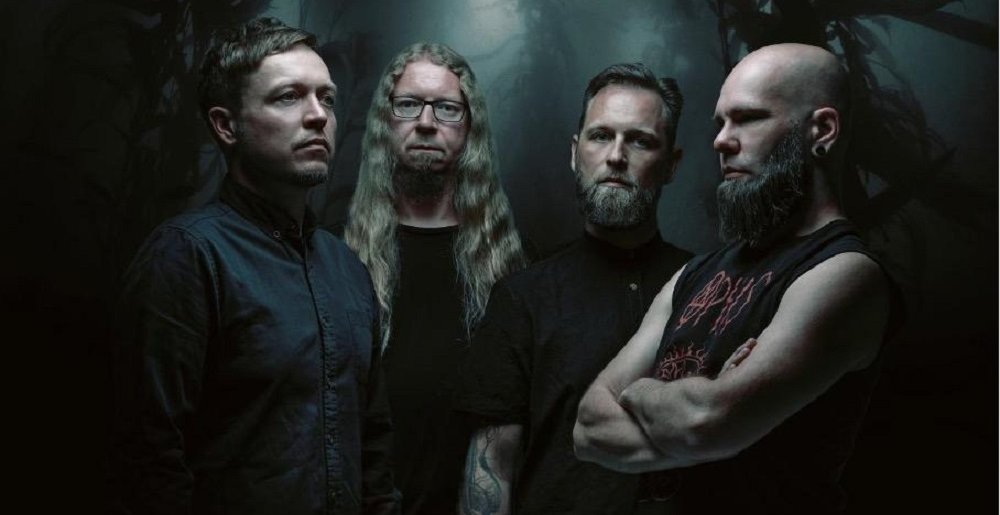 Drown Under the Abyssal Weight of AHAB’s Latest Single, “Mobilis In Mobili”

You might want to take a deep breath before hitting play on the video below, because holy shit is AHAB’s final single off their newly released album The Coral Tombs a deep, heavy tune. If you’re looking for one final reason to grab yourself a copy, “Mobilis In Mobili” should be the thing that pushes you overboard.

As you frankly should come to expect from the German extreme doom metal quartet, “Mobilis In Mobili” is fucking heavy. It’s slow, it’s dark, and like the deepest oceanic depths, it’s got an underlying pressure that comes at you from all angles.

Guitarist Christian Hector said the track is a “cavernous journey” that takes aspects of the origins of death metal and melds it with their own beginnings back in 2004, creating something dark and punishing.

“’Mobilis in mobili’ is quite a cavernous journey. Musically, it feels like a tune that goes back to the very first AHAB song ‘The Stream’ from 2004, at times, and even further to the early 90s when death metal exploded. You will know what I mean when you hear that particular riff in the mid section. ‘Mobilis in mobili’ deservedly ended up in our live set, as it’s a pleasure to play it on stage. The video for the third single taken from our new album, The Coral Tombs, was actually recorded during our first live gig on a ship: the MS Stubnitz in Hamburg, Germany.”

As the purveyors of what they call nautik doom, The Coral Tombs take heavy inspiration from the Jules Verne classic 20,000 Leagues Under The Sea, with each track following the journey of Captain Nemo and Professor Arronax.

The Coral Tombs is out right now via Napalm Records. You can grab yourself a copy in one of the available formats or variants today. The album is also available on popular streaming platforms.

Sponsored Links from Across the Internet
Show Comments
Related Articles
Reviews 0
Review: Ahab scours the depths of the wretched sea with The Coral Tombs
January 10th, 2023 at 9:52am Max Heilman

Get your water wings on, shit’s about to get deep.

This week’s heavy new releases include albums by Motörhead, Soilwork, Nile, and more.

Metal Sucks Greatest Hits
0 -
Viral Drummer Nandi Bushell Pays Tribute to Taylor Hawkins: “Thank You for Looking After Me”
0 -
Joey Jordison Claims He Was Fired from Slipknot Via a Singing Telegram
0 -
Watch: Bruce Dickinson Rips On Fan for Smoking Weed at Iron Maiden Show
0 -
Which Bands are “The Big Four of Death Metal”???
0 -
Deicide’s Glen Benton Sells Out, Tells Fans to Stop Moshing So Violently
400 -
Danzig is Just Cleaning Up His Motherf*cking Bricks, Bitch