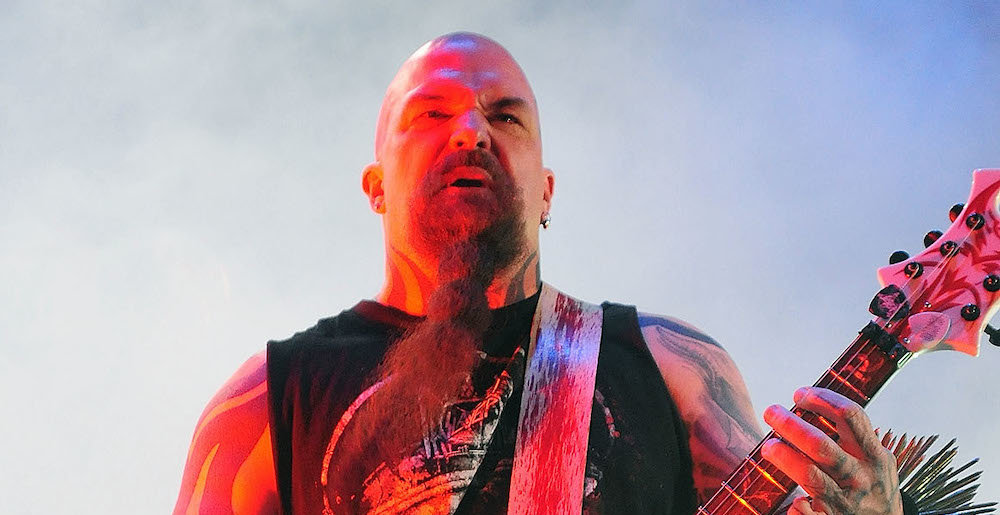 Kerry King Admitted Back in the Day, He Hated Limp Bizkit

Kerry King has never been shy about saying exactly what he thinks, and recently, Metal Hammer reminded us that he once admitted to hating Limp Bizkit.

In fact, he said he hated the band so much that he almost considered quitting music after he heard nu metal, especially Limp Bizkit.

“I was really jaded for a while back in the late 90s,” he explained. “I couldn’t understand why Limp Bizkit was big. It affected me—I didn’t want to play music. I thought, ‘If this is the way that music’s going, then f**k this, I hate it.’ That’s why Jeff Hanneman wrote so much of our 1998 album Diabolus In Musica, which is too funky for me.”

Many consider this record pretty awful and an attempt for the band to delve into nu metal that was wildly misguided. In an interview for VH1’s Metal Evolution, King spoke about how he doesn’t like looking back on the record.

“That’s the one record that I really paid not enough attention to because I was really bitter about what kind of music was popular,” he explains.

“I thought it was very frat boy stuff, and maybe that’s why it was popular; I don’t know. So Diabolus didn’t get as much attention from me because, you know, we didn’t stay in focus. Looking back, we were just saying, ‘Alright, how do we make Slayer fit into today’s society?” But, that’s probably my least favorite record of our history. That’s our Turbo.”

Metal Sucks Greatest Hits
0 -
Rigged: Luke Hoskin of Protest The Hero
0 -
Twenty Photos of Mitch Lucker’s Last Days, Taken From His Instagram Account
0 -
Science Explains How Metal Singers are Able to Scream Without Damaging Their Vocal Cords
0 -
Op-Ed: Metal Vocalists Have Become Irrelevant
3220 -
What is UR Favorite Classic Nu-Metal Band??
0 -
11 Bands You’d Get Made Fun Of for Liking Back In The Day