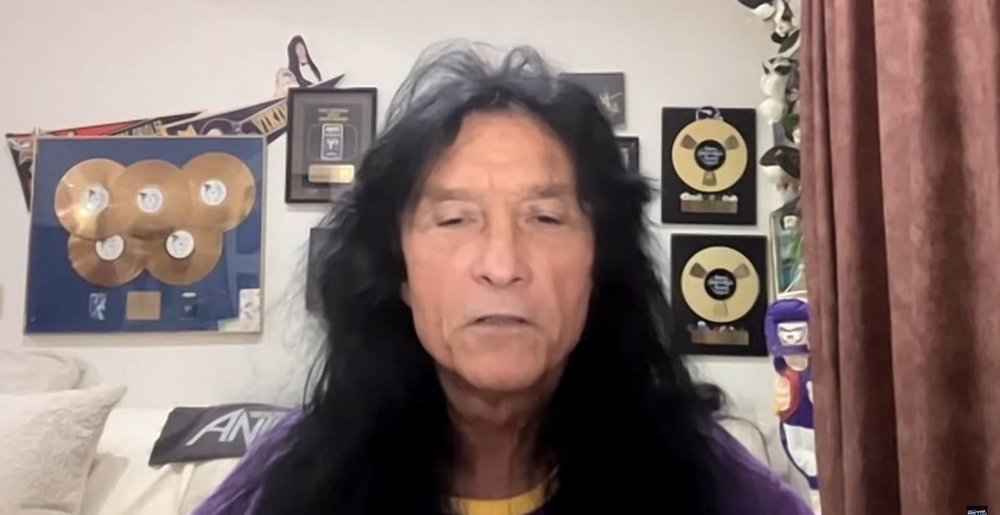 Joey Belladonna on his 1992 Firing from Anthrax: ‘Sometimes There’s Just No Reason’ Behind a Split

Thirty-one years ago, one of the most influential thrash bands had a falling out with their singer. Anthrax was lauded as a member of “The Big Four,” alongside Slayer, Metallica, and Megadeth, but they were headed for a change. At the end of the shake up, vocalist Joey Belladonna was out of a job and the band eventually hired Armored Saint singer John Bush to take the band a different direction.

During a recent interview with Canada’s The Metal Voice (transcribed by Blabbermouth), Belladonna reflected on that moment in time when his tenure as the band’s frontman from 1984 came to an end.

“It’s all in the memory; it’s all in the bank. And obviously, I’ll never leave my heart. And I continue to be as humble as possible and move forward, which, that’s what we all wanna do.”

After admitting that “sometimes there’s just no reason” behind a lineup change, Belladonna also talked about his return to the band back in 2010. At the time, the band was going through an even more tumultuous time, with John Bush now out of the picture and the odd departure of Dan Nelson throwing their album Worship Music into a weird place. Belladonna ultimately rejoined, recorded that incredible record, and the band was rewarded with a Grammy for their troubles.

Since then, Anthrax has released just one other record, For All Kings, along with some other live compilations and other releases like their covers album Anthems.

Belladonna said that when he initially rejoined the band, he’d heard from detractors that questioned whether it was the right move for his career.

“Some people were, like, ‘What? Are you nuts?’ You’ve been in relationships. It’s kind of the same idea. You can either be on the same page or you can be a little deviant and send it off course and expect a lot more from someone that you’re not doing your part. And what are the reasons? There’s a lot to it too. Sometimes there’s just no reason for it. And what do you get from it? And then you’ve gotta backtrack. And then you’ve gotta pick it up again — twice.

“I’m happy for the fans,” he added. “I just think people need to see it the way it was. There was nothing wrong with it, in my eyes. I think everything we were doing, even to the last minute before I was gone… ‘Persistence [Of Time]’. C’mon. [There’s some] good stuff [on that album].”

It’s always interesting to hear Belladonna’s side of the split, as it changed the band’s trajectory and frankly kept Anthrax relevant during the 90s and 2000s. If you want to hear more from Joey Belladonna, including questions about his Journey tribute band Beyond Frontiers, be sure to check out the interview from The Metal Voice below.

Metal Sucks Greatest Hits
0 -
Meet Ironbunny, the New Babymetal
0 -
The Top 25 Modern Metal Drummers: The Entire List in One Place
0 -
Debunking the Myth that Guitar Hero Made Dragonforce
350 -
MetalSucks Exclusive: Jeff Loomis’ First Interview Since Leaving Nevermore
0 -
Scientific Proof That Djent is a Genre
0 -
What in the Mother of F*CK Did I Just Watch???