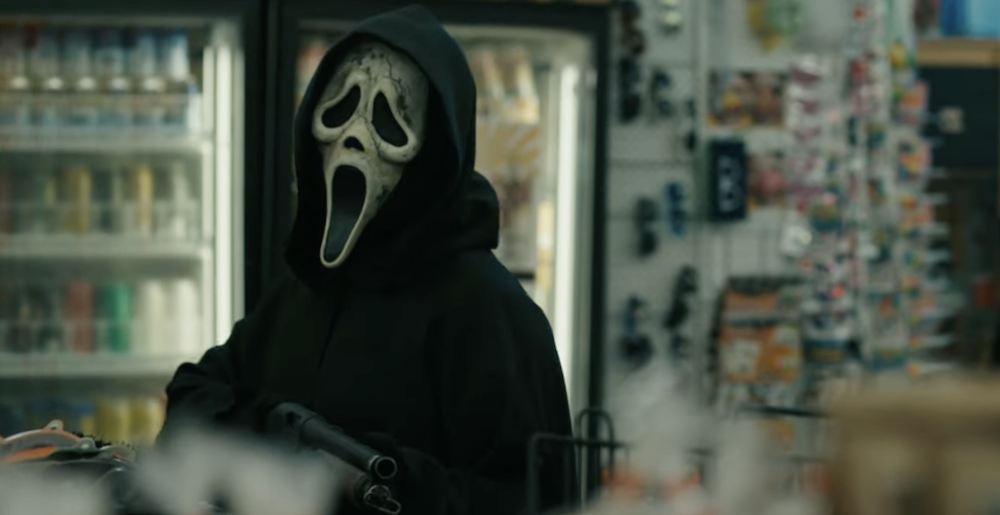 Ghostface Goes All Out in Scream 6 Trailer

Scream 6 hits theaters on March 10 and if this new trailer is anything to go off of, sick horror freaks are going to be in for a treat. The two-and-a-half minute teaser shows the return of Ghostface and we have to say: the iconic masked killer is keeping things pretty brutal this go ’round.

Scream 4 alum Hayden Panettiere returns as her character Kirby Reed, with the script being written by Matt Bettinelli-Olpin and Tyler Gillett, the same writers who handled Scream 5 following the death of Wes Craven.

If the trailer for Scream 6 seemed gory to you, it wasn’t just in your head. Actress Melissa Barrera told Collider:

“With the last ‘Scream,’ they were tip-toeing and trying to be very respectful of what the franchise had been, up until that point, and keeping their inner gory dreams at bay. But with this one, they were like, ‘We’re going all out.’ It’s potentially a hundred times gorier.”

The new movie also moves the franchise to New York City for the first time, which presents new ideas and opportunities, Barrera said.

“It’s like 20 times more mortifying. It’s awful. Because you also see how, in a city like New York City, everyone is kind of doing their own thing and someone is screaming for help, and no one will come to their help.”

“No one comes to help them, you know, like, everyone’s kind of like, ‘I’m not getting into that.’ So it’s mortifying, because you’re chased by Ghostface, but you also see humanity and how that reacts in a situation like that. Anyway, I think I’ve already probably said too much.”

We’ll get an official review of Scream VI when it hits theaters, but things are looking pretty good so far. Friday the 13th‘s sixth installment, Jason Lives, is also one of the best in the franchise, so maybe it’s just something about lucky number six.