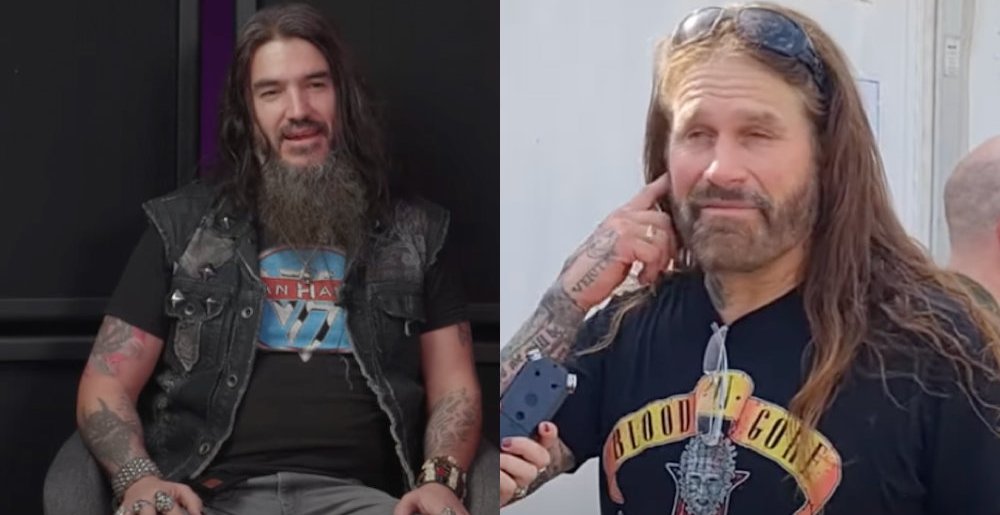 Phil Demmel on Robb Flynn Relationship: “The Worlds Don’t Need to Collide at All”

Guitarist Phil Demmel left Machine Head more than four years ago and has no desire to reconnect with the band’s frontman, Robb Flynn, anytime soon, he said in an interview on Jamey Jasta’s podcast, The Jasta Show.

Demmel, who currently plays with Vio-lence, told Jasta that he’s seen Flynn twice but they haven’t spoken much (via Blabbermouth).

“I’ve seen him twice. And one of the days [was] at [last year’s] Bloodstock. He was by our dressing room, talking to the dudes. I just kind of walked by. The first time I saw him, System of a Down and Korn played some West Coast shows, and I went to that show, popped my head in to say ‘hey’ to Shavo [Odadjian, System of a Down bassist] and ‘Thanks for the tickets.’ And I stick my head in, and Robb’s kids are there, his wife’s there. I went, ‘Oh, no.’ I saw Shavo and I just went, ‘Hey. Have a good show.’ And I went to front of house to watch. Juan Gonzalez, he works with Deftones forever, he was the front of the house. And so I’m hanging with him. And then I get a tap on my shoulder, and I went, ‘Oh, shit.’ And it’s Dean Dell, the bass player from Vio-lence, who I haven’t seen since he was let go from the band. So it’s, like, ‘Oh, hey, Dean.’ I chatted with him for a minute, and as I’m talking to him, Robb came up and he was, ‘Hello, Mr. Demmel,’ and he stuck his hand out. And we bumped knucks. And that’s been the extent of our contact in the past… it’s been four years now.”

The guitarist was honest that his relationship with Flynn is “civil-ish” but that he doesn’t hold ill will towards in the Machine Head camp.

“There’s no words exchanged. I don’t think that there’s any need to have any words exchanged. In that sense, there’s separate worlds, and they can thrive on their own, and they have been. They’re killing it. I’m doing my thing. Everybody’s okay with that happening. I don’t think that they need to — the worlds don’t need to collide at all. I would prefer if they didn’t. I prefer things this way. I have friends in that camp. And I’m not too sure how welcome they are or welcome they feel to be able to say hello to me, which is weird. But him and I got a divorce, in a sense, and not everybody else, so there’s no beef.”