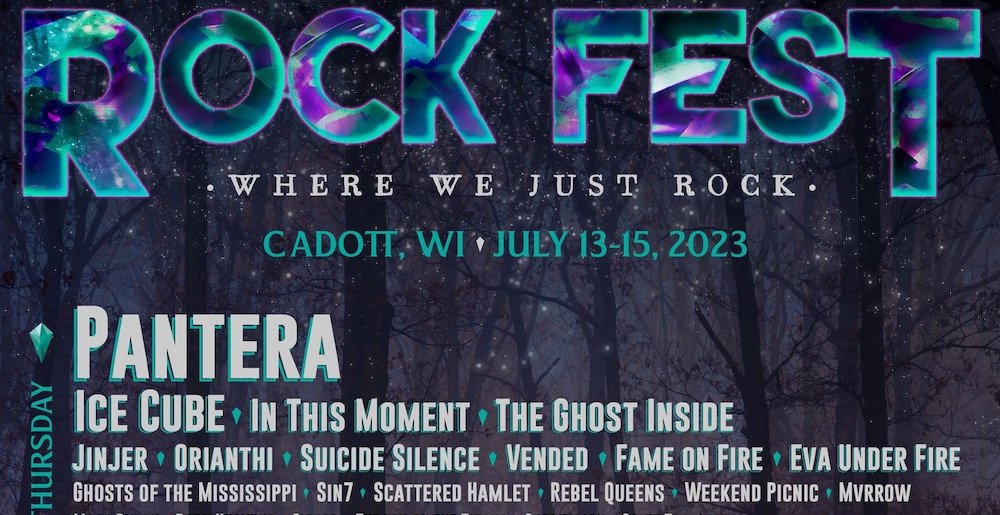 Rock Fest 2023, which takes place in Wisconsin from July 13-15, has landed some pretty big headliners in the form of masked nonet Slipknot, reunited groove metal icons Pantera and radio metal staples Godsmack. The rest of the lineup is pretty diverse and covers a broad spectrum of heavy music. And hey, who’d have ever thought you’d see Suicide Silence opening for Pantera?

Rock Fest promoter Wade Asher had this to say about the lineup for his festival’s 2023 edition:

“We really focus on making each year better than the last. Fans can look forward to 20 national acts performing at Rock Fest for the first time. And that is pretty tough to do when we’ve been doing this for 29 years. As always, we’re keeping busy in the offseason working to improve the fan experience in many ways, including both new and improved infrastructure for 2023. We can’t wait to do it all over again.”