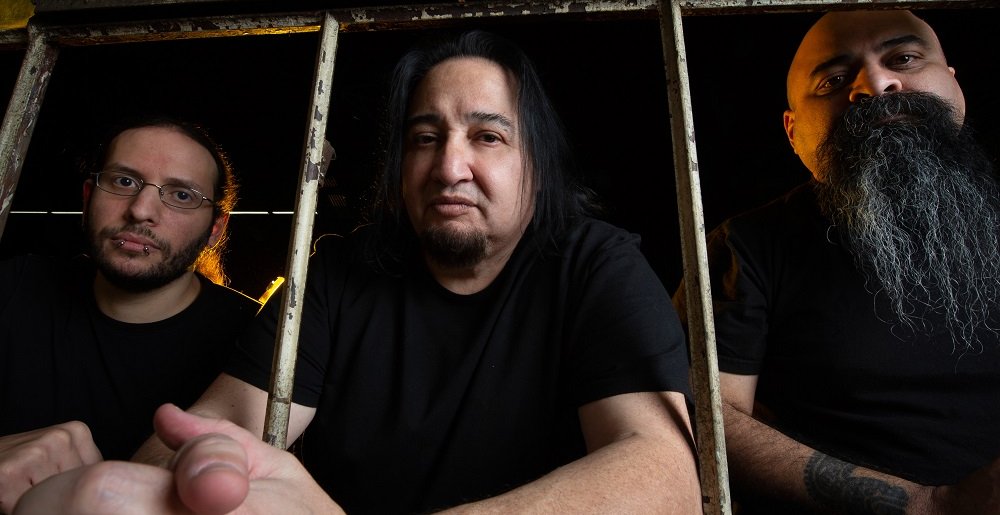 There’s a lot going on in the Fear Factory camp, from rehearsing for their upcoming tour with Static-X to potentially working on a new album to gearing up for the long-awaited announcement of who’ll handle vocals for the band. And while the band’s got a lot of change on the docket, one thing is remaining the same: Fear Factory will continue working with the fine folks at Nuclear Blast Records.

Having initially been signed to the label back in 2013, guitarist Dino Cazares said it’s been a wholly beneficial relationship between the band and the label over the years.

“This is a new year and a new chapter for Fear Factory. We are off to a great start because we have re-signed with Nuclear Blast Records and our A&R legend Monte Conner, who originally signed the band in 1992. It is a great feeling to be with a label that gets us and who has always had our backs, especially when we needed them the most. Prepare for the future of Fear Factory.”

Over the years, the band has released Genexus, Aggression Continuum, and Recoded through Nuclear Blast Records. As a result, Conner said it’s one of the highlights of his personal career, having been the guy to bring Fear Factory into the fold all those years ago.

“Working with Fear Factory right from the start of their amazing career has been one of the most rewarding experiences of my own career. I was thrilled to be reunited with them when I signed Fear Factory to Nuclear Blast in 2013, and to be able to continue that journey once again for round #3 feels incredibly satisfying. I have believed in Dino Cazares from day one, and I know he is going to deliver a killer new album with all the trademarks that have made and still make Fear Factory one of the most pioneering and unique sounding metal bands of all time.”

While this announcement may seem like a whole lot of industry fluff, it’s important to note that Fear Factory are apparently working on new material. According to an interview last September, Cazares said the plan is to release a new single just before hitting the road next month. Not only that, but Cazares has gone on record in the past that the band will reveal their new — supposedly Italian — frontman next month ahead of the tour. That revelation, if true, will only have taken place more than two years after Burton C. Bell quit the band.

“It’s just a lot of development, man. Fear Factory is precious to a lot of people and I’m gonna make sure [the announcement is done] right. I wanted to release some tracks a while ago with the singer, but then I had [no touring] behind it. So the hype was going to die down quick.

“I wanted to do it around the tour so that way you got something to work, and I just didn’t want to release his name too quick because then… no one is gonna care by the time I release a track a year later. I want it all to be done together.”

We’ll just have to wait and see what happens in the Fear Factory camp over the next few weeks. Regardless, the band is going to be hitting the road next month to embark on a 42-date trek across the U.S. and Canada, with Dope serving as the main support act. Mushroomhead and Twiztid will be on hand for additional support during certain dates.

Sponsored Links from Across the Internet
Show Comments
Related Articles
News 0
Fear Factory Are Recording an Album But We Still Don’t Know Who the New Vocalist Is
November 8th, 2022 at 11:25am Em Shadows

Metal Sucks Greatest Hits
0 -
Former Attack Attack! Bassist John Holgado is the Stupidest Human Being Ever
0 -
Danny Worsnop is a Good Writer
0 -
Why I’ve Stopped Buying Vinyl
0 -
Let’s Talk About Rammstein’s Controversial “Deutschland” Video
0 -
So As it Turns Out, Banging Your Head a Bunch Can Be Bad for Your Brain
1210 -
MetalSucks Exclusive: Behemoth Frontman Nergal’s First Interview Since Being Diagnosed with Leukemia