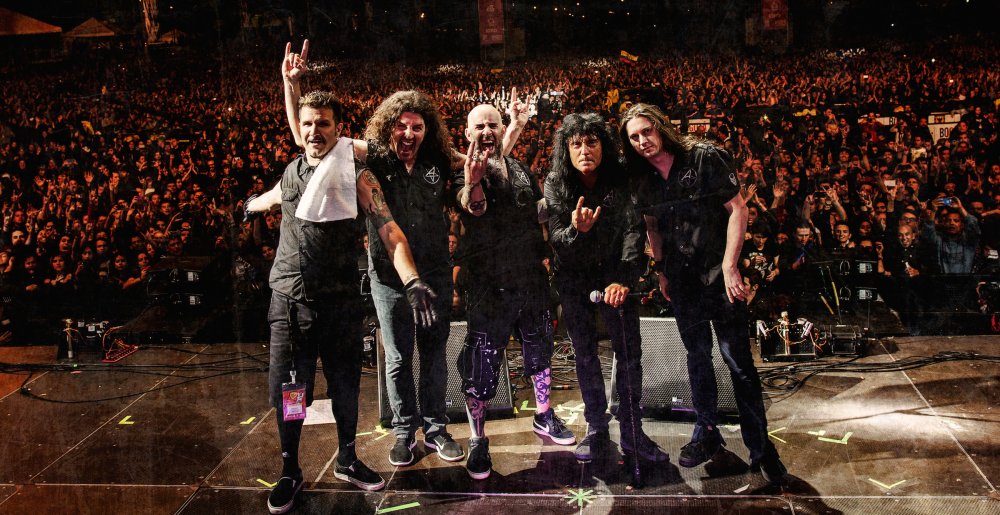 Anthrax Has ’11 Musical Arrangements’ on Deck for Their Next Album

It’s been a minute since Anthrax released new music, but we may be getting some tasty new jams in the near future. While speaking with Metal Edge, drummer Charlie Benante and guitarist Scott Ian revealed that they were already forging ahead with their follow up to 2016’s For All Kings.

According to Ian, the band currently has nearly a dozen ideas for songs.

“We’re getting close. I can tell you we have 11 musical arrangements, and there’s lyrics to some of them. Obviously, I’m going to be working on more words and we’re getting there. I’m hoping at some point we’ll be able to get into the studio [this year] and record them.”

Getting in the studio sometime this year could mean anything, though with Benante busy touring with Pantera throughout major parts of 2023 and 2024, that’s sure to be a factor at when the work can be completed.

Given the cost and length of time it takes to release an album, both Benante and Ian wondered whether the days of major album releases are quickly disappearing, as bands see more growth from singles and instant gratification on streaming platforms. Ian specifically pointed to Slipknot‘s open consideration of no longer doing albums as an example.

“Yeah. It’s all so different now. Slipknot’s saying now why even make full albums anymore. I get it. I get all sides of it. I still love a full album, but at the same time I totally understand the idea of what’s the point of giving someone 11 songs. Most people don’t listen to albums anymore. So, yeah — why not parse it out? I don’t know. All I know is at some point in the next few months we’ll probably have 14 or 15 things and then we’ll have to decide when we’re going to record it and how we’re going to release it.”

So between other engagements and scheduling issues that come up, it may be a while before we hear new Anthrax tunes. Either way, it’s great to know the Ian, Benante, Frank Bello and Joey Belladonna have something in the works.