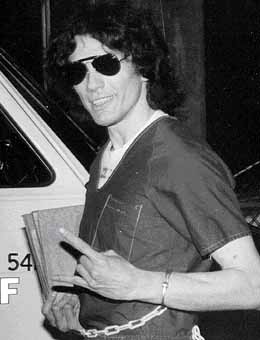 SXSW is, by far, the coolest music festival on the planet. Up until the last few years, however, heavy metal has always been the unwanted step-child.

I remember fighting with the SXSW organizers back in the late 80’s/early ’90s about bringing more metal to the fest. Their seeming non-interest in our favorite genre led to me and my best friend and fellow college radio metal show DJ Ray Seggern to host our own non-fest showcase at the old Riverside Drive Dollar Theater, featuring bands such as dead horse, Agony Column, and Sedition, long before non-fest showcases became the norm. The show was a huge success and even led to dead horse signing with Big Chief Records. SXSW, however, would not budge, and the metal pickings remained paltry over the next several years.

I was finally able to crack through SXSW’s anti-metal stance in 1996 when I brought one of the bands I managed, 16Volt, to the Backroom, along with Burn (which featured several ex-members of Skrew), Fear Factory, and Earth Crisis for an officially SXSW-sanctioned showcase. The concert was a huge success, and the presence of metal at the conference has slowly grown ever since. The metal pinnacle (or nadir depending on your perspective) culminated with the 2009 appearance of Metallica at Stubbs’ BBQ.

Now, you can help bring even more metal to SXSW by voting on which panels will be represented at next year’s music festival. I have been kind enough to peruse the 298 panel idea submissions and found three (yep, only three) that might be worth your headbangin’ time. Take a gander at these ideas, sign up (it’s free!), vote, and feel good about spreading the disease.

ARE METALHEADS SMART ENOUGH TO BE ONLINE?

This was submitted by Canadian metal blogger Laina Davis of Hellbound and will focus on the online community of metalheads. Hopefully, our very own Monkey Wranglers, Axl and Vince, will be on board.

FRANKIE BANALI’S MUSIC BUSINESS INSIDE AND OUT

This panel idea was submitted by the man himself, Frankie Banali, best known for his 27-year tenure in Quiet Riot.

Okay, this last one may not be truly for headbangers, but I’m hoping Axl will make fun of ICP again. It’s been a few days and I need a chuckle.

While you are busy checking out these potential heavy metal-leaning panels, be sure to stop over to the SXSW Film Festival Panel Picker and cast your vote for my submission as well. As some of you may or may not know, in addition to writing about metal and horror films, I also write true crime books. I am also a fan of true crime-based films and documentaries and hope to expose many more people to such cinematic treats. So, please check out my submission, vote with a big thumbs up (goat thrown horns would have been way cooler) and maybe I can convince a certain heavy metal icon and true crime fanatic to join me on the panel.

Hey, I just bought a new house. Please help me pay for my mortgage.

The Juggalo kings have dabbled in rock and metal from time to time over the years.

Did you ever expect to hear Sponge used in an ICP song?

Cinemetal 0
Here’s the Trailer for the Documentary About Insane Clown Posse vs. The FBI
September 23rd, 2021 at 12:42pm MetalSucks

The film chronicles the struggle of the Insane Clown Posse and Juggalos to not be classified as a gang by the FBI.

We discuss the band's new album 'Oh What the Future…

Metal Sucks Greatest Hits
0 -
Editorial: Slayer Should Become Professional Songwriters
0 -
Chad Kroeger and Avril Lavigne Finally Wrote a Song So Awful that the Internet Has Collectively Rejected It
0 -
The formula 4 good music: Generic, but with a gimmick (*please read*)
0 -
Listen: Every Dillinger Escape Plan Song Played At Once
0 -
Paul Di’Anno: Still a Winner
3160 -
Down With The Sickness: God Forbid’s Doc Coyle Takes on Mainstream Metal