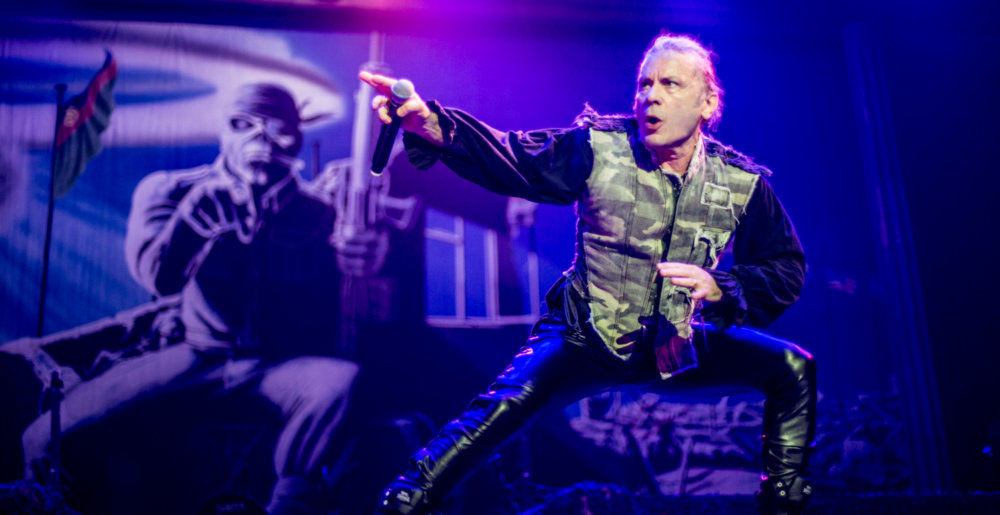 Iron Maiden’s “Legacy of the Beast” tour, which stormed North and South America in 2019, was quite the crowd pleaser, featuring only “classic” Maiden songs (which now includes material from the early ’00s, rightly so) and enough pyro and stage props to impress even the most curmudgeonly of metal fans.

Maiden will now bring that bombastic show to a large swatch of Europe, the U.K., Australia and New Zealand, Japan, The Philippines, Dubai and Israel for a three-month run that will last between May and July 2020. Huzzah!

“We’ve had a fantastic time on the ‘Legacy’ tour so far, and the reaction everywhere to the stage show and all the crazy props (and Eddie!) I get to play with has been phenomenal. The whole band has been having such fun, we’re really excited to bring this production back out on the road next year.”

Are you ready?? Of course you are! Keep an eye on tickets right here when they go on sale this Friday.

Metal Sucks Greatest Hits
3520 -
RIGHT NOW: MetalSucks & Metal Injection Live Snark The Big Four!!!
300 -
Sebastian Bach: The MetalSucks Interview
0 -
Nothing to See Here, Just Some Photos of Cats Wearing Metal Battle Vests
0 -
Report: “The Number of Heavy Metal Bands in a Given Country is Associated with its Wealth and Affluence”
0 -
Meshuggah’s Jens Kidman is Now a Meme
0 -
11 Bands You’d Get Made Fun Of for Liking Back In The Day