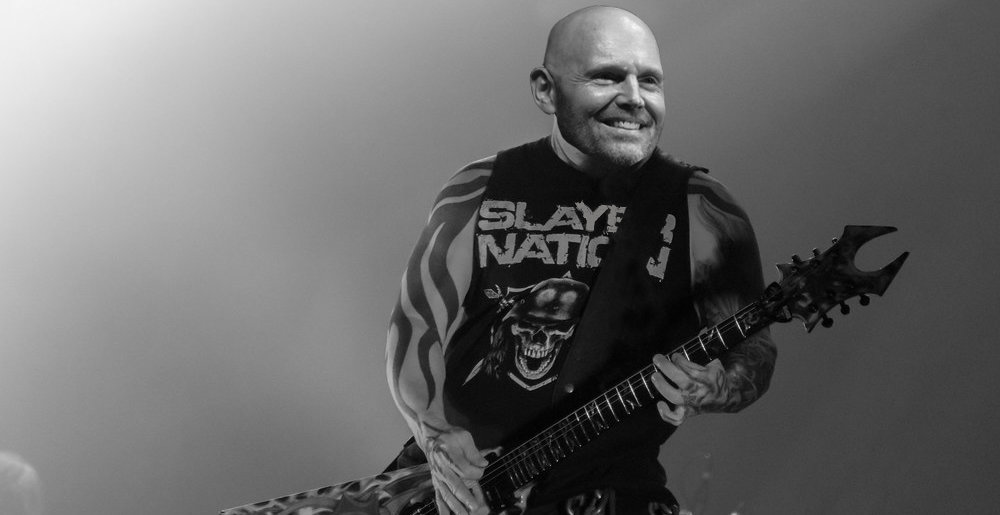 Poor Bill Burr. The metal-loving comedian and amateur drummer got into Slayer just in time for them to retire. (In fact, some of us would argue that Burr got into Slayer too late and they were already dunzo, given the guy who wrote all their best songs and their legendary drummer were both absent for the better part of a decade, but that’s a whole other discussion.) Bummer.

The silver lining? Burr went to what was allegedly the band’s final show ever at the Forum in Los Angeles last weekend, and it sounds like he had a very nice time.

Speaking on the latest episode of his podcast, the comedian said of the show:

“What a way to go out; two sold out shows at the LA Forum. I remember growing up, a couple of my relatives were really into Slayer and all of that shit, and I just couldn’t make the leap. I was like, ‘This shit’s just too fast, it’s too fucking crazy.’”

“They just played 90 straight minutes. Just snapped your head back and it stayed there for 90 straight minutes and then they said goodnight. No encore, which I thought was the shit. I did feel a little bit sad. I always get a little bit melancholy around the holidays … [Tom Araya] stood there looking at the crowd with a really sad look on his face before he waved goodbye.”

“I actually got chills in the end, when they were saying goodnight. The whole crowd started cheering, ‘Thank you, Slayer.’ It was awesome.”

Well, I’m glad Burr and I can at least agree that encores are lame.

Kidding aside, I’m glad he had fun. Good for you, Bill.

Listen to the entire episode below. Get all of Bill Burr’s upcoming live dates here.

Metal Sucks Greatest Hits
180 -
On U.S. Vs. European Record Release Dates
0 -
Video: Dudes Rockin’ Out to Van Halen Meet David Lee Roth, Have No Idea Who He Is
0 -
The Secret 2 a Successful Career in Music
0 -
MetalSucks Readers Declare Pantera The Most Unnecessarily Shat Upon Band in Metal!!!
540 -
Matt Pike’s Top Ten T-Shirts
0 -
Just in Time for Passover: Big Four Yarmulkes?!?!