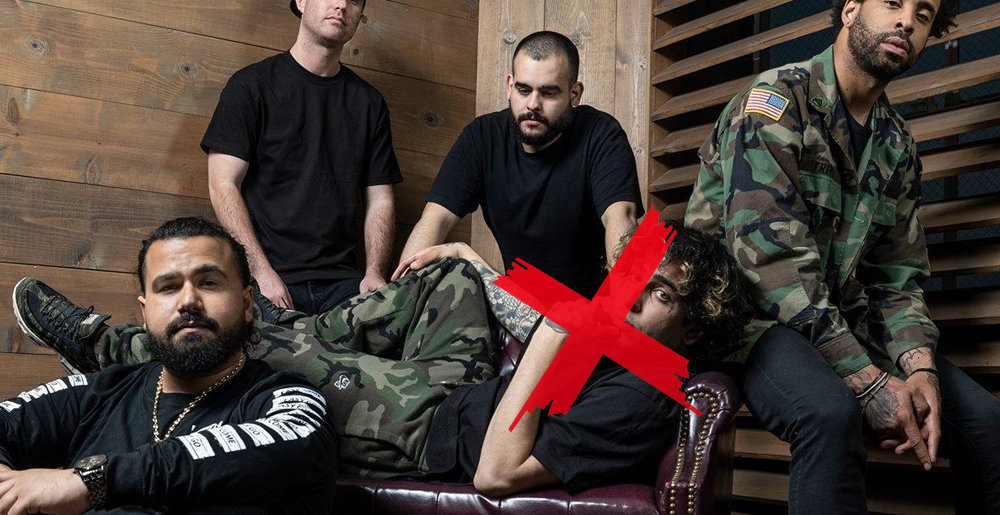 I’m behind on my Volumes fan forum reading, so I’m not sure how he’s perceived by the plebes. But at least with other musicians, Gus Farias hasn’t exactly been what you’d call “popular.” Without provocation, he started a social media war with Michael Barr, his former co-vocalist in Volumes; he was accused of scamming bands by accepting payment for guest spots he never recorded (Volumes, to their credit, offered to pay those bands back, although Farias never commented on the matter); and Thy Art Is Murder’s CJ McMahon called Farias a not nice name that rhymes with “runt.” Dude has always seemed like he was in serious need of a copy of How to Win Friends and Influence People.

And the fact that Farias has just been sacked from Volumes — which still includes his brother, Diego, on guitar — ain’t gonna help that perception any.

As of this writing, Volumes have been mum on the matter, and Farias is still pictured and listed as a member of the band on their Facebook page. But Farias himself has taken to Instagram with a video in which he asserts that he “did not quit” the band, but “got kicked out for personal bullshit.” He also reveals plans to now focus on a solo career.

In an accompanying written component, Farias, who has publicly struggled with substance abuse issues in the pass, says that “ME EXITING HAD 0 % TO DO WITH DRUGS IT WAS OVER SOME WAY MORE PETTY SHIT.” Which makes me think maybe they fired him because he never turns his caps lock off, but that’s just speculation on my part.

You can check out Farias’ post below. We’ll let you know when the band’s inevitable retort arrives.