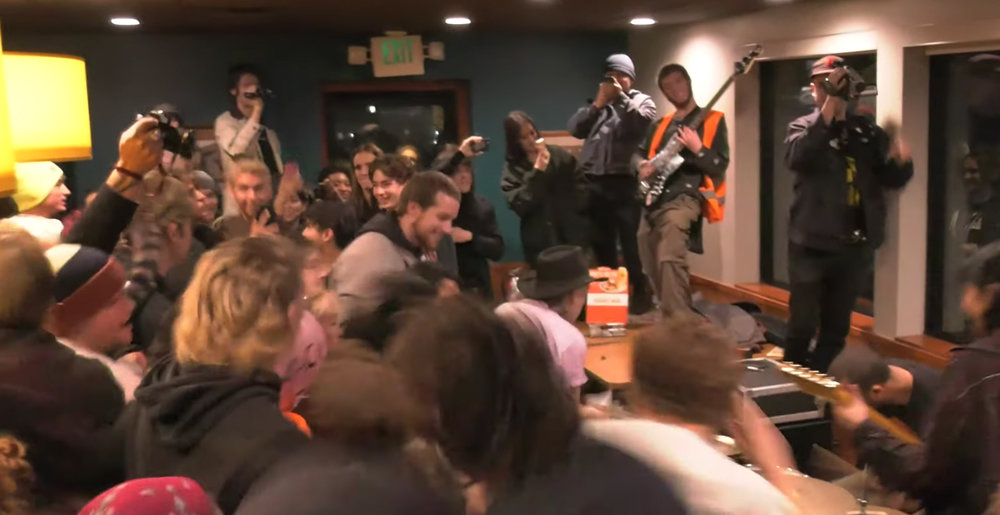 When we first heard, earlier this week, about a show for the hardcore band Wacko causing hundreds of dollars in damages to a Denny’s location in Santa Ana, CA, our reaction was basically, “Well, duh.” The person who booked the show was only 17, and it was the first show he’d ever booked, and this is an active restaurant. Being surprised that the Denny’s got wrecked is like being surprised that humans can’t breathe underwater. So whomever allowed the show to be booked in the first place is clearly a nincompoop.

“Denny’s is a family-friendly restaurant and while we do have banquet space available at some restaurants, we do not allow events that can disrupt the dining experience of our guests. The manager was unaware a concert was planned, and the event organizers have been asked to pay for damages.”

Again, that sounds like a shitty manager to me. Even if the promoter never told the manager he was putting on a concert, you’d think all the musical equipment would have tipped ’em off. If they rented out the space and didn’t leave behind any staffers to supervise, that also seems stupid. I guess I’m saying there’s no version of this where the manager didn’t fuck up. So fuck that manager.

The good news is that a crowdfunding campaign launched on behalf of the adolescent promoter has now raised more than $1,000 to help cover the costs, so that kid should still be able to afford a corsage for his date to the winter formal.

[via The PRP and Lambgoat]

The Denny’s in question is now demanding $600 to repair damages.