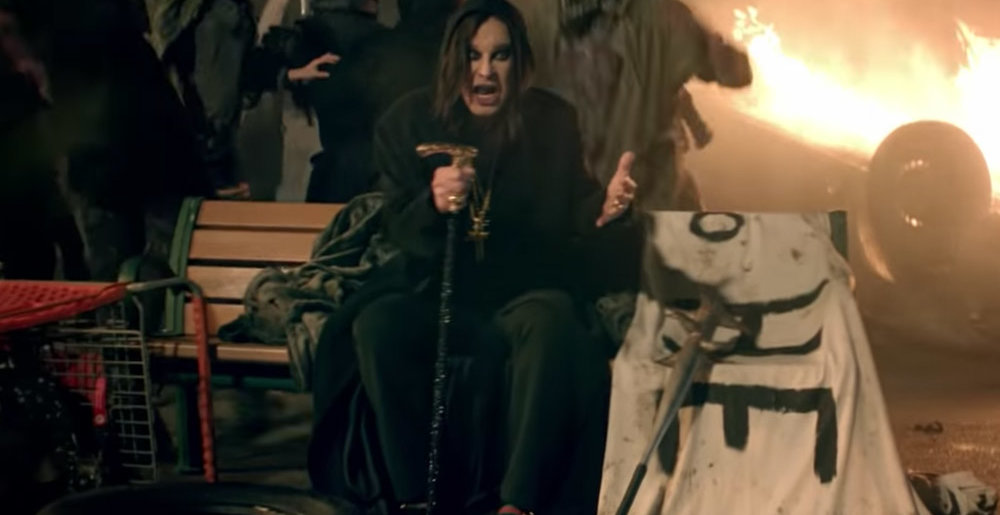 Fortunately, Ozzy Osbourne is not at death’s door. Still, this new video for his recent single, “Straight to Hell,” doesn’t exactly paint of portrait of the Ozzmeister in great health: there isn’t a single shot where he isn’t seated. I have no idea when this was filmed, and the next leg of Ozzy’s re-scheduled “No More Tours 2” retirement trek doesn’t begin until late May, so he still has time to get into performing shape. But it’s hard to watch this video and not notice that they clearly had to film around his immobility.

On an unrelated note, Ozzy has recently been featured as a character in one of the online pokies game released by NetEnt. The video also features dudes who look kinda like they have homemade Slipknot and Mushroomhead masks. I dunno if that was deliberate or not, but it also stood out to me.

Watch “Straight to Hell” below. Ozzy new’s album, Ordinary Man, will be out sometime this year. Dates are “No More Tours 2” are as follows: