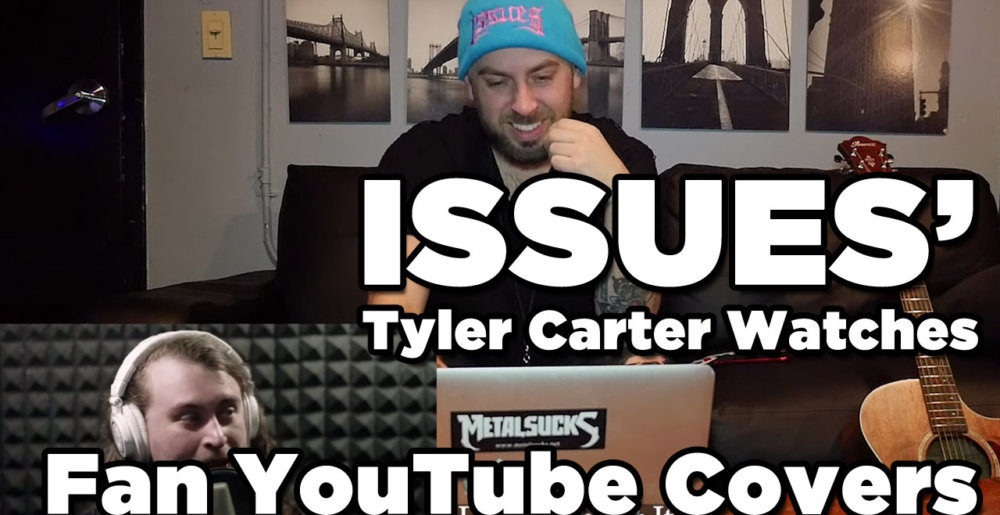 Beautiful Oblivion, the new album by rising stars Issues, is a phenomenal record highly worthy of attention from anyone who likes Periphery but also likes Prince, which we’re guessing is more of you than you’d think. MetalSucks caught the band on their recent tour stop in New York with Polyphia, and before the show we sat down with frontman Tyler Carter to show him a playlist of fans covering the band’s songs on YouTube. Watch below to see his reactions!

More videos in this series:

Viral Vomit 0
Your Favorite Cover Artists Toyah and Fripp Are Back with “5 Minutes Alone”
September 4th, 2022 at 2:33pm Hesher Keenan

Metal Sucks Greatest Hits
1730 -
Leyla Ford’s Eleven Cardinal Rules of Attending a Concert
0 -
BREAKING: Joey Jordison Back in Slipknot as Percussionist!
0 -
Footnotes: A Handy Catalog of Every Song from Which Avenged Sevenfold’s Hail to the King “Borrows”
0 -
Twenty More of the Worst Heavy Metal Album Covers of All Time
0 -
That Time Shaun Got Drunk and Filmed a Music Video with His Cat
250 -
Worst Year Ever: All of Our 2011 Year-End Sh*t in One Place