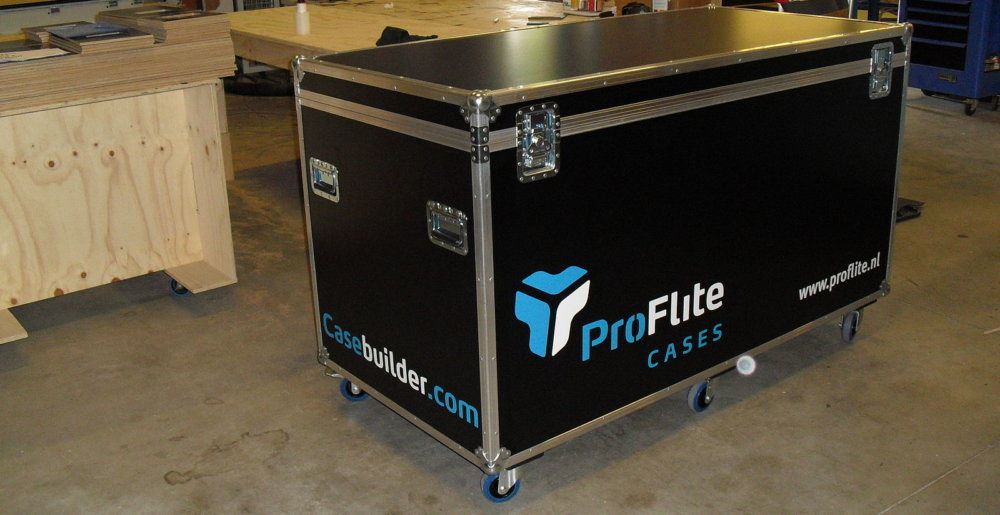 Not the actual flight case used in the escape. Photo Credit: Joost Boek via Wikimedia Commons

Flight cases are a source of pride amongst musicians, known for their practicality of transporting gear on the road and their durability for keeping it safe. But never could we have imagined that a fugitive would hide inside one to escape the authorities, stowing away inside a road case for a massive journey that included a long train ride and two flights across international borders.

Carlos Ghosn, a former Nissan executive who has been accused of financial wrongdoing, was awaiting trial in Japan and was on house arrest at the time of his escape. Ghosn hired a private band to perform at a New Year’s Eve party at his home, then hopped into a custom flight case modified specifically for the escape as the band was packing up. Ghosn is 5-foot-7 and squeezed into a case that measures 48 inches by 30 inches by 24 inches and had breathing holes drilled into the bottom. A private security company then took him by train from Tokyo to Osaka, where the “cargo” was put on a plane to Istanbul, Turkey, and then another one to Beirut, Lebanon.

Ghosn has roots in Lebanon and is still a citizen (in addition to holding French and Brazilian citizenship), having spent his childhood there, and he currently has investments in several businesses in the country. Some reports suggest he was greeted warmly by the country’s government, but officials deny any such interactions. Interpol has issued a warrant for his arrest to the Lebanese government, where Ghosn remains hiding out in a mansion. He issued a statement blaming a “rigged Japanese justice system where guilt is presumed, discrimination is rampant, and basic human rights are denied.”

Worldwide instrument and accessory manufacturers Yamaha, who are based in Japan, issued an unintentionally humorous tweet via their woodwind division about the incident last week which has since gone viral, having been retweeted nearly 55,000 times and accruing over 87,000 likes. The tweet, translated into English by Yamaha’s Australian division, reads:

“We won’t mention the reason, but there have been many tweets about climbing inside large musical instrument cases. A warning after any unfortunate accident would be too late, so we ask everyone not to try it.”

So direct, so earnest, so Japanese! You love to see it.

A follow-up tweet from the same account sought to reiterate the seriousness of Yamaha’s warning but only added to the levity of the situation:

The Japanese public is having a field day with Mr. Ghosn’s escape. The #CarlosGhosnChallenge, making the rounds on social media, shows ordinary folks posting photos of themselves attempting to fit inside various musical instrument cases. You can have a look at a few of those below.

On behalf of everyone at MetalSucks, we most certainly do not endorse smuggling people inside road cases. Other than that, have fun out there, people!