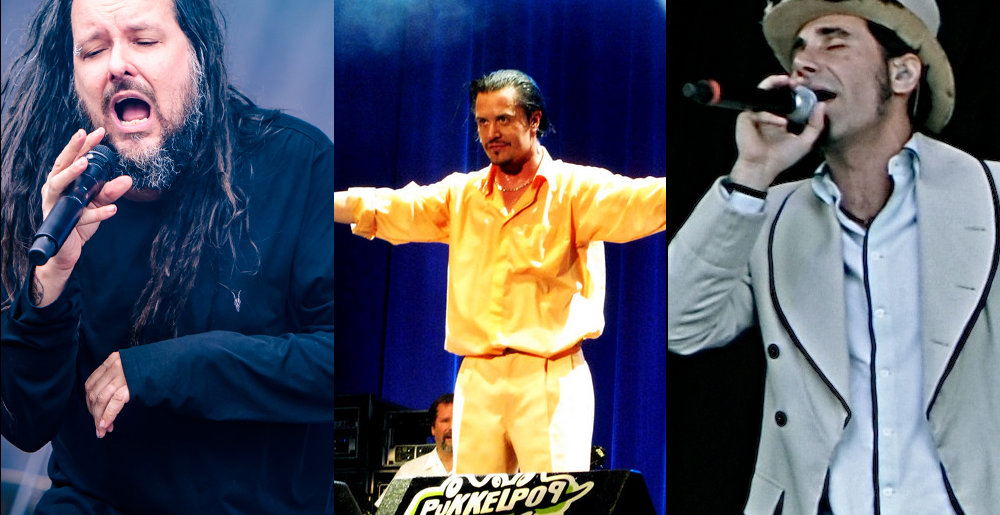 Faith No More, System of a Down, and Korn Announce Los Angeles Stadium Show

On Friday, Faith No More, System of a Down, and Korn all posted identical teases on social media, suggesting they were all up to something… although whether that something was a tour or a festival or what wasn’t initially clear.

Well, now we know what that something is, and it’s neither a tour nor a traditional festival appearance: it’s a one-off stadium show, dubbed “One Night of Galactic Proportion,” set to take place at the Banc of California Stadium in Los Angeles on Friday, May 22.

Joining them for the big gig will be Helmet and Russian Circles. Which I actually find to be kind of a bummer — Russian Circles are great, Helmet circa 2020 are fine, and Korn are terrible — meaning you’ll have to choose between getting to the show early to see Russian Circles and then sit through one okay act and one awful act to get to the really good stuff (that being FNM and SOAD, natch), or miss Russian Circles altogether. This is how I ended up seeing Limp Bizkit and Linkin Park on Metallica’s Summer Sanitarium tour in 2003 — I wanted to catch Deftones, who were on first.

But these are uptown problems! On the whole this show is definitely worthy of your time. I’m a little sad it’s not a full tour, TBH.

Tags: faith no more, helmet, Korn, russian circles, stubhub, system of a down

Bummer for anyone that had tickets to those shows.

Metal Sucks Greatest Hits
1210 -
MetalSucks Exclusive: Behemoth Frontman Nergal’s First Interview Since Being Diagnosed with Leukemia
8850 -
The 101 Rules of Nu-Metal
0 -
What if Black and Death Metal Albums Were Children’s Books?
350 -
MetalSucks Exclusive: Jeff Loomis’ First Interview Since Leaving Nevermore
0 -
Op-Ed: Metal Vocalists Have Become Irrelevant
0 -
So As it Turns Out, Banging Your Head a Bunch Can Be Bad for Your Brain