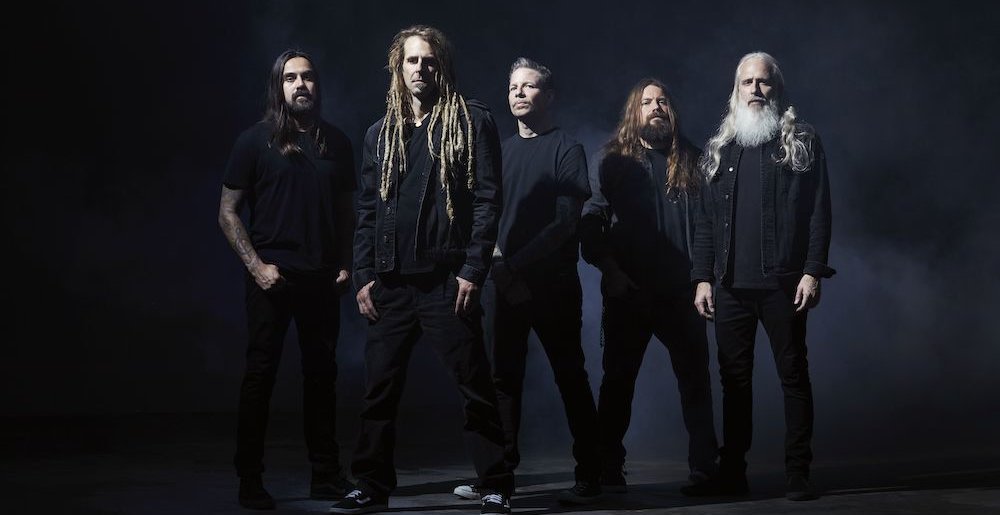 As expected, today Lamb of God have released “Checkmate,” the first single from their new, self-titled album. You can check(mate) the song out via the below video; the lyrics are at the bottom of this post.

Lamb of God will be released May 8 on Epic Records. It will be the band’s first album in five years, and their first to feature new drummer Art Cruz (ex-Winds of Plague). In a press release, the group calls Lamb of God “A true collaboration between all members of the band” and “an amalgam of each individual’s writing style, perfectly blended to create a singular style.” You can pre-order the album here.

“‘Checkmate’ brings together all the components of the Lamb of God sound that we’ve been developing over the last two decades, but with the ambition and ferocity that comes with the start of a new chapter for our band. Re-energized and reignited, this is Lamb of God 2020. We’ve never been more excited.”

“Putting only our name on it is a statement. This is Lamb of God. Here and now.”

To celebrate the release of “Checkmate” and the announcement of the new album, Lamb of God will play a special free show at the House of Vans in Chicago on Friday, February 14. Fan cans RSVP beginning at noon CST today at this link. The event will include a photography exhibit featuring photos by Blythe that will be included in the new Lamb of God album artwork. Harm’s Way will open the show.

Lamb of God will embark upon a tour of Europe with Kreator and Power Trip starting in March. They’ll also be appearing at the Welcome to Rockville festival in Daytona, FL on May 9. All of the band’s upcoming tour dates are as follows:

A coup de tat on full display, a liar’s sick charade
A traitor’s grand parade
Narcissistic masquerades for those without a say
Systematic disarray.

Divide and conquer and close them in
and bury secrets deep
Make America hate again
and bleed the sheep to sleep.

You try to pick the lesser of
But evil doesn’t come in twos
Bellicose and balkanized
A sinking ship of fools
So kiss the hangman as you drop
The rotting corpse of decency
Just another casualty of the American scream.

Metal Sucks Greatest Hits
1570 -
Frankie Palmeri’s Track By Track Breakdown of the New Emmure Album: A Track By Track Breakdown
0 -
Rigged: Luke Hoskin of Protest The Hero
300 -
Free Download for Your Listening Pleasure: NYC Sucks, Volume 2, Featuring The Best of New York City’s Metal Scene
0 -
I Watched Rock of Ages so You Don’t Have To
2060 -
How Metal Nerds Choose What Bands To Like: A Scientific Model
0 -
Elvira Defends Rob Zombie’s Munsters Casting: “Sheri Is Freaking Adorable as Lily Munster”