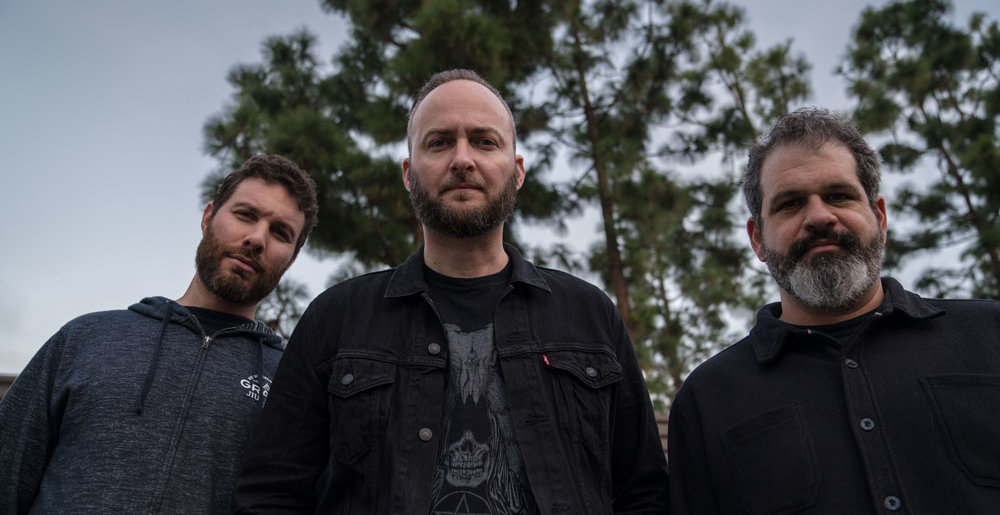 Bands are a big commitment. The older you get, the more difficult it becomes to maintain a balance between normal life and band life. Because of this struggle, Intronaut frontman Sacha Dunable almost quit the band.

In this week’s episode of The MetalSucks Podcast, Dunable shared details about why Intronaut took so long between albums — over four years — elaborating on the difficulty of balancing work and play as one gets older, the dismissal of drummer Danny Walker, and some planned down time, revealing that at one point he got so fed up with everything he threatened to quit.

“The hiatus wasn’t only because of the member change. We were taking a year off before that even happened. Just because we needed it. We’d been doing this band for so many years, semi-full-time. We scheduled ourselves right out of a tour to write a record and finish it. We actually wrote three of these songs for the most part with Danny and ended up reworking some things, “Pangloss” being one of them actually. It was just at a certain point trying to get all that done, it was falling short. I actually told the band I was just done. I thought I was ready to quit Intronaut. Joe suggested that we just take a year off. Then, after that year off, we had the whole member change thing. So we added a whole nother year. That’s why I guess it was four and a half years between records or something.

“It was getting tough to get things done, which is understandable. I’m 38 years old, and we’re all pretty much the same age. I think life just starts happening, and if you’re not in a super full time kind of band situation it’s hard to balance regular life and band life. It’s understandable that not everybody would have the energy to put everything into it, myself included. I felt drained and burnt out. I was sort of ready to just stop being full time band guy basically. I would never stop making music. I play guitar all the time, I’m just kind of writing stuff. I thought maybe it was time to stop. I’m glad I was more or less talked out of that and we put it on ice for a bit. After three months, I was already writing more Intronaut riffs. It worked out.

He also elaborated on the positive side of taking several years off to work on music:

“It definitely has benefited the music and just the band in general, getting to take some time off and definitely not having the pressure to — you know, not necessarily crank out a new record but make a record by any certain time, it’s nice. You can just wait for the good stuff to really come out and at the end of the day you just have more material to pull from and you can just choose the best stuff. In a lot of ways it’s like making your first record all over again. So, yeah, that was super fun. There’s music on this album that has been written throughout that entire time and there’s a lot we threw away and a lot we went back over a bunch.

“I think it’s great. I’m really proud of it. Probably the most proud of any record I’ve ever been. Still not sick of it yet, which is a good sign.”

It sounds like a good record is coming our way. Fluid Existential Inversions comes out tomorrow, February 28, via Metal Blade Records; listen to the first single, “Cubensis,” and pre-order the album here.

Listen to the full Podcast below and check out the band’s upcoming tour dates with Cult of Luna, which begin this weekend, underneath.

Matt Lynch has Covid-19. It’s not clear whether he was vaccinated.

Worst Week Ever 0
Dude Builds Guitar From His Dead Uncle’s Skeleton, Zakk Wylde Wouldn’t Be Part of a Pantera Reunion, and More Stories You May Have Missed This Week
February 12th, 2021 at 5:00pm MetalSucks

Metal Sucks Greatest Hits
0 -
Editorial: The Metal Community Must Stop Letting Phil Anselmo Off the Hook for His Racist Remarks
0 -
Navy SEAL Team Six Member: “I Wore My Demon Hunter Patch When I Blasted Osama bin Laden”
0 -
Incredibly Metal Six-Year-Old Girl Terrorizes America’s Got Talent
0 -
Twelve Reasons Babymetal are the Single Best Thing to Happen to Metal in the Past Decade
0 -
BREAKING: Ex-Suffokate Vocalist Ricky Hoover Successfully Undergoes Earlobe Reconstructive Surgery
0 -
So As it Turns Out, Banging Your Head a Bunch Can Be Bad for Your Brain