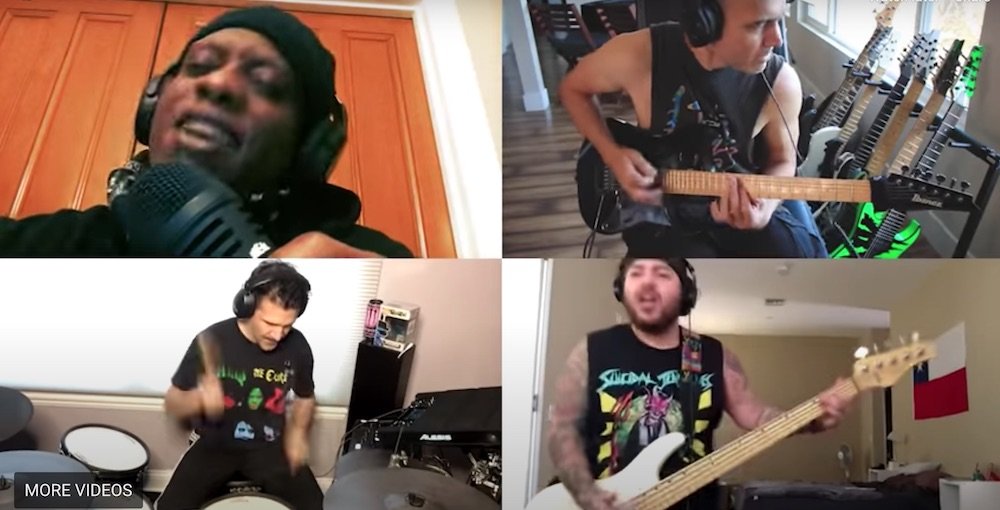 The 1988 song from Living Colour’s debut album Vivid is no laughing matter, of course, a response to the way the black band members felt white people would look at them distrustfully in their native New York City (Sample lyric: “No, I’m not gonna rob you / No, I’m not gonna beat you / No, I’m not gonna rape you / So why you gotta give me that funny vibe?”). So who better to perform the vocals on this “cover” than Corey himself? It’d feel off coming from nearly anyone else.

Corey sounds fantastic here, but that’s a given — dude is a national treasure — and I particularly enjoy some of the multi-tracked embellishments he’s added. I’ll also say this: I didn’t know Henry Flury’s name before, but now I won’t forget it. Dude can plaaaaay! Anyone who can so effortlessly nail Vernon Reid’s guitar parts gets an A+ in my book.

Watch below. Anthrax and Diaz have been teaming up for a number of covers while on lockdown including a couple of Rush tracks.