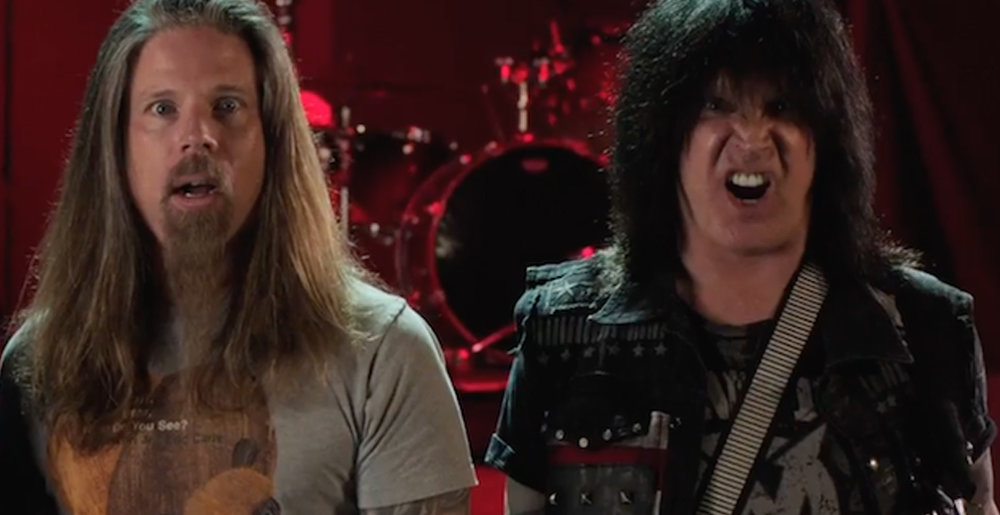 Despite recruiting both drummer Chris Adler (ex-Lamb of God) and bassist Victor Wooten, the Nitro reunion didn’t work out. At least in part that was because the band tried to update their sound, but that update really didn’t work because vocalist Jim Gillette lost his glass-shattering shriek, which I imagine was the fault of the natural human aging process.

On the other hand, for a solo track by Nitro guitarist Michael Angelo Batio to be good, it just has to have a catchy riff and a whole lotta shredding. And “The Badlands,” Batio’s latest offering, certainly has both of those things in spades (I’ve been sitting her annoyingly singing the main riff over and over again for the past twenty minutes).

“The Badlands” also reunites Batio with Adler, and represents the first time Adler has released new recorded music since parting ways with LoG last year. Really, the track is just an all-around win.

Check out “The Badlands” via the below music video. The track will appear on Batio’s new album, More Machine Than Man (cue Alec Guiness), which comes out June 12 on Rat Pak Records. Pre-order it here.