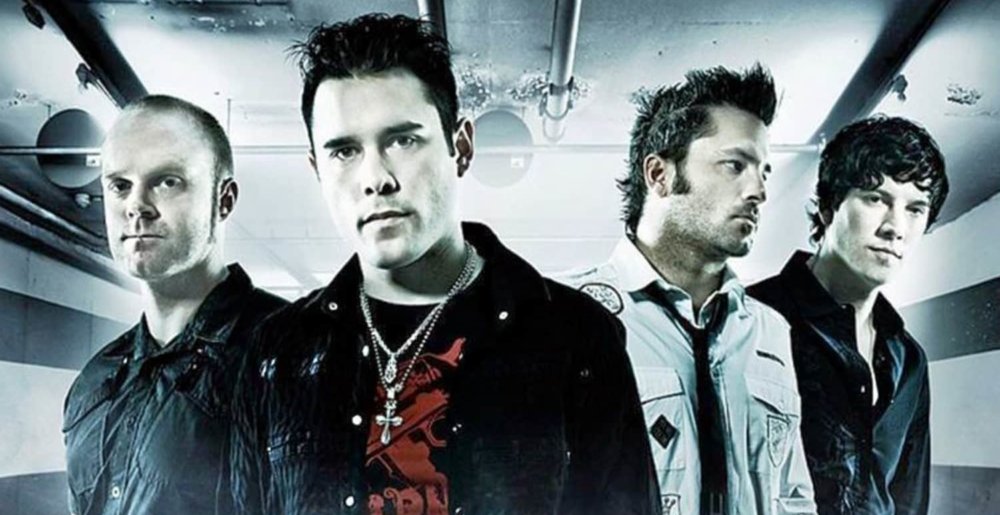 Trapt Frontman Blames George Floyd for His Own Death

Today in completely unsurprising hot takes, Chris Taylor Brown, the Trapt frontman who says white privilege does not exist — among other racist views he expressed over the course of a controversy-filled, month-long Twitter meltdown — says that George Floyd, who was asphyxiated to death by a Minneapolis police offer earlier this week, is at least partially to blame for his own death.

Brown took to his medium of choice last night, Twitter, to say that George Floyd, a 46-year-old black man who was arrested for using a counterfeit $20 bill before being killed, shouldn’t have resisted arrest, claiming that makes him at least “partially responsible for his own death.” While he added that the police officer, Derek Chauvin, was “MOSTLY responsible,” the insinuation that any resistance to an arrest could justify a murder is absolutely horrific, but not out of character for Brown, who counts himself as a supporter of Donald Trump.

“Some of you intolerant liberals are insane! Especially the ones in bands. The guy refused to get into the cop car! It took 4 cops to subdue the guy! Dude was partly responsible for his death. The 1 cop was MOSTLY responsible and a jury will decide what happens to him…”

Brown added that he “doesn’t excuse” the controversial tactic the police officer used to place his knee on Floyd’s neck, and that the officer will get what’s coming to him via the legal system (in spite of recent historical evidence to the contrary), but doesn’t seem to grasp the enormity of the systemic problem of minority abuse by police in the United States:

“Dude got arrested for a crime. Then cops needed to transport to jail so he can be booked. He resisted getting into the cop car so hard that 3 dudes needed to subdue him! This DOESN’T EXCUSE the cop who used his knee to keep the guy subdued!! Got that?! He will get what’s coming!!”

Brown then went on to quote an uncited news report that blames Floyd’s underlying health conditions for his death, a favorite talking point of the right wing media, instead of, you know, the fact that A COP FUCKING MURDERED GEORGE FLOYD IN COLD BLOOD:

Brown later contradicted himself, reiterating once again that he thinks the cop’s use of his knee should be outlawed:

“I want to make clear that I think the cop using his knee the way he did was wrong. Minneapolis should outlaw it, because right now it is legal…”

And then once again claimed that Floyd died of a heart attack:

“I think If you are some kind of community leader in any way and you are denouncing these riots, there is something wrong with you. Autopsy says dude died of a heart attack. A knee to the neck does not give someone a heart attack. Flight or flight resisting arrest would…”

Back in April, Brown said that he doesn’t believe black people and other minorities in America are oppressed:

“Let’s be clear, I hate anyone who uses skin color to say why they are better OR why they feel they are oppressed. We are ALL Americans first!”

Brown’s ignorance is shocking, but not unexpected: it’s this very ignorance, often willful, that has led to the current racial disparities in policing in the U.S.

With multiple cities currently burning and Floyd’s murder a hot-button political issue, there’s no doubt we’ll see more of Brown’s racist ramblings in the near future.

Sponsored Links from Across the Internet
Show Comments
Related Articles
Worst Week Ever 0
Vince Neil Tries to Hack It Live, Andrew W.K. Deletes His Social Media Accounts, and More Stories You May Have Missed This Week
October 8th, 2021 at 5:00pm MetalSucks

Metal Sucks Greatest Hits
0 -
A Sh*tstain on the Ass of the Universe, #28: Lie or Liar
0 -
Iudicia is Your New Favorite Band
0 -
Rammstein Members Kiss During Moscow Show, Violating Russia’s Anti-LGBTQ Laws
0 -
Twelve Reasons Babymetal are the Single Best Thing to Happen to Metal in the Past Decade
0 -
Gwar’s Oderus Urungus Reviews Megadeth’s “Super Collider”
0 -
Listen: Every Dillinger Escape Plan Song Played At Once