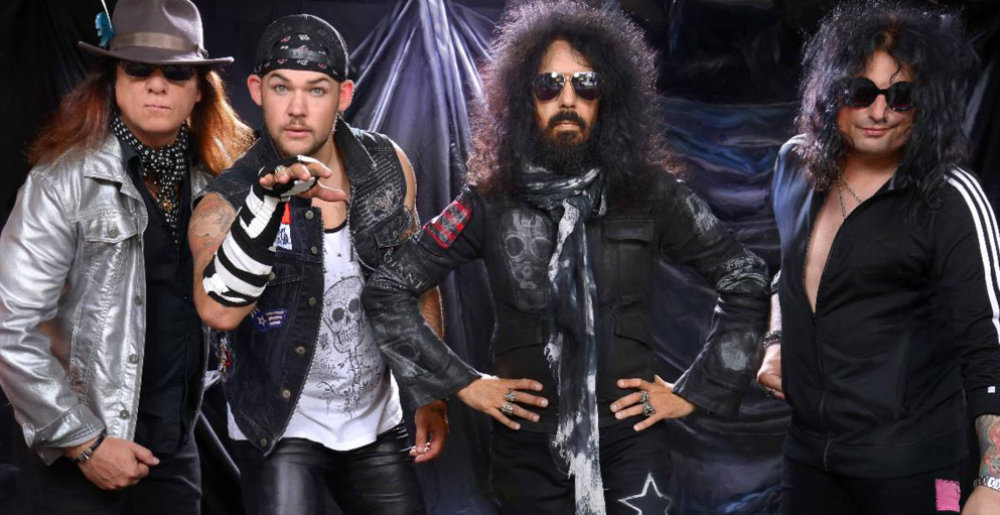 Next month, Quiet Riot will become one of the first — if not the first — metal bands to play a socially distanced show, according to drummer Frankie Banali.

As was the case with last month’s first-ever socially distanced concert — by the country singer Travis McCready (Bishop Gunn) — this one will take place in the great state of Arkansas. It sounds like it will be considerably more crowded than the McCready gig, though: set for July 4 at the Magic Springs Theme And Water Park in Hot Springs, Banali claims the show will have a capacity of 3,000 attendees. Granted, Quiet Riot’s concert will take place at an outdoor venue, as opposed to the indoor McCready performance, which occurred at TempleLive in Fort Smith, Arkansas. Still, that’s more than ten times the number of people permitted to attended the McCready show.

“It’s July 4th, is actually the date that we’re playing. And I am told officially through e-mails that the city has approved the date and they’ve approved it for as much as a three-thousand capacity. So it should be interesting. I’m still waiting to see what’s gonna happen, because you don’t know if two weeks out, or a week out before the show, all of a sudden, that part of Arkansas gets shut down, locked down, the show is canceled or postponed to another date. And in the meantime, you have expenses — flights and hotels and all this kind of nonsense that you have to deal with.”

A notice on the Magic Springs Theme And Water Park website warns concertgoers that “it is highly recommend that concert attendees bring blankets as social distancing guidelines of six feet will be enforced.” They’ve also suspended sales of reserved seats so as to better ensure that the crowd actually adheres to these guidelines.

Banali, of course, has been battling stage IV pancreatic cancer, which makes him especially vulnerable to COVID-19. Banali acknowledged this during the same interview:

“Early on [during the coronavirus crisis], my wife put us both on home watch, and we just really haven’t been out of the house with the exception of going into my doctor’s to get treatments,” he said. “I have to be very, very careful, because I’m in the age group, and because of serious underlying conditions, I’m at the top of the list that if I did get coronavirus, I probably would not survive it. But since we last spoke, I ended up having two more trips into the hospital with blockages. There’s always something — it’s, like, one step forward, two steps back, kind of situation. But I’m willing to fight it out.”

I probably would not risk my life in the name of “Mama Weer All Crazee Now,” but hey, that’s just me. I’m as desperate to experience live music again as the next person, but this still strikes me as being “too soon.” But, y’know. I’m not a doctor. So. I sincerely hope the show goes off without a hitch, and no one in the band or the audience becomes ill as a result of attending.

Nothing cynical about this.

Featuring threads from Judas Priest, Hardcore Superstar, A Band of Orcs, and more!