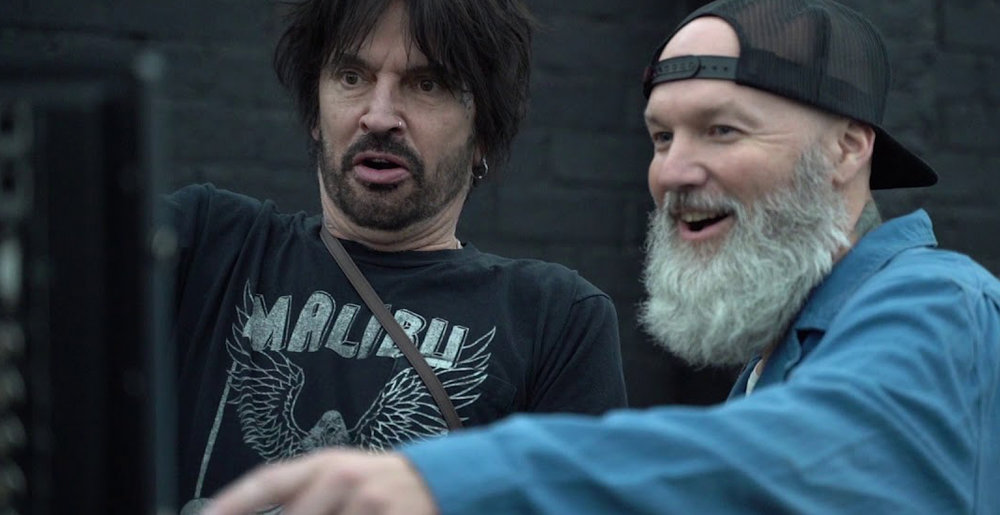 Someone Get Tommy Lee His MacArthur Fellowship

Clearly, playing a college professor on TV somehow actually made Tommy Lee smarter. Either that or, I dunno, when the Mötley Crüe people got Vince Neil a personal trainer, they also got Tommy Lee a tutor. Otherwise, there’s no explanation for this video, which is meant to promote Tommy’s upcoming solo album, Andro. We normally think of Tommy as kind of a blockhead. But in this behind-the-scenes look at his new solo videos, “Tops” (featuring Push Push) and “Knock Me Down” (featuring Killvein), he sounds ready to give a TED Talk.

On not understanding what “androgyny” means:

“Andro is short for ‘androgyny.’ I’d been searching for a title that represented this body of work, because as I was putting the music and the beats and everything together, I was sitting there going, ‘Man, I’ve got like five or six male energy tracks and five or six female energy tracks. There’s something here that’s different.’

“I started sequencing it in my head, how I hear it playing down… and the more I did that, the more I went, “No these songs don’t kinda play together. It’s really one sections of the record all male-driven, and then one all female-driven.”

On being a trailblazing innovator:

“It was really cool when I separated the two [genders] and… I don’t know if anybody’s even done that.”

On being too smart for his own good:

“When these videos are done — stay with me ’cause it sounds confusing at first — but “Tops,” which is the Push Push track, and ‘Knock Me Down,’ which is the Killvein track, both videos will the same environment, but it’s a different artist and a different song. I mean, it’s gonna be a trip. Somebody’s gonna watch this and say, ‘Wait a minute, I saw this video! No! This is a different song!’”

On working with director Fred Durst:

You can watch the behind-the-scenes video below, and the actual videos below that. The envelope-pushing Gender Minotaurs with Different and Distinct Attributes will confuse listeners at first starting on October 16.